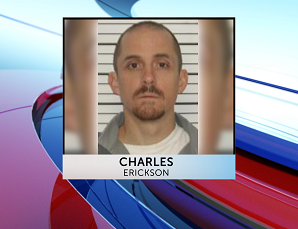 An appeals court has denied a Columbia man's bid to get his murder case reviewed.

The Western District of the Missouri Court of Appeals denied Charles Erickson's appeal Monday. The appeal was filed June 23.

Erickson's attorney Landon Magnusson said he was saddened by the decision.

"We are very disappointed that the Court of Appeals denied Charles' petition. If there is any silver lining to its decision, it's that it came so quickly," Magnusson said.

He added Erickson's legal team has started working through their next options.

Court records say Erickson's petition was denied and an order to expedite the case was also denied.

Erickson's attorney Landon Magnusson said last week he was excited for another chance to possibly free his client.

Erickson was sentenced to 25 years in prison after confessing to the Nov. 1, 2001 murder of Columbia Daily Tribune Sports write Kent Heitholt.

Attorneys argued Erickson's confession was not voluntarily or knowingly made and that police and prosecutors withheld and fabricated evidence.

Court documents claim Erickson, who was a teenager at the time of the arrest in March 2004, suffered from several psychological and cognitive disorders and that he was vulnerable to coercion by police and prosecutors.

The first appeal in the case was filed in 2018. It was ultimately denied last year.

Ryan Ferguson was arrested along with Erickson after Heitholt's killing. Ferguson was convicted of second-degree murder but his conviction was later thrown out in 2013. He later won millions of dollars in a court decision.