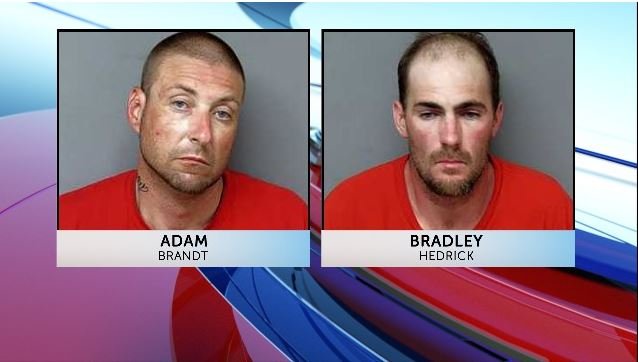 Jefferson City police received a call May 24, two days after an EF-3 tornado hit the city, about looters at 1716 Four Seasons Drive. Officers found Brandt with a motorcycle that had been reported stolen from Kansas City, according to official accounts.

Brandt allegedly denied to police any knowledge of the motorcycle being stolen and said he and a friend went to Jefferson City to see the tornado's destruction.

Police found 12 grams of methamphetamine and a .40-caliber handgun when they searched the motorcycle, according to the news release. Brandt is prohibited by law from having a gun because he is a felon.

Sentencing is scheduled for Jan. 21.

The next hearing in Hedrick's case is set for Jan. 7.