As new COVID-19 cases in Missouri have steadily declined, officials are concerned the UK variant is more widespread in Missouri than previously detected.

Dr. Randall Williams, director of the Missouri Department of Health and Senior Services said in a news release, even though there is only one confirmed case of the UK variant currently in the state, wastewater testing shows it may have spread across the state.

"Epidemiologists say it is clear that this variant has been found in samples in various locations throughout the state based on this continued wastewater surveillance," Williams said in the release.

"We do know it was a small amount so we don't expect that means there is a lot of it," she said.

"We know that the variant is shown to spread faster and be more contagious but that doesn't change any of the guidance we are giving to folks," she said.

The Sewershed Surveillance Project, a collaboration between the University of Missouri, the Missouri Department of Natural Resources and the health department has been tracking the amount of viral genetic material in wastewater to monitor virus trends in communities.

Workers take weekly samples from wastewater treatment plants and sewer systems. The samples are then filtered and processed in a lab and an analyzer measures the viral load in each sample.

According to the project's website, wastewater testing can be an early indicator of COVID-19 spread in communities. However, the website said the data collected should not be used as the only method of tracking COVID-19.

The state coronavirus dashboard has reported daily COVID-19 case increases have fallen over the last month. Since Monday, health department officials reported 443 new confirmed cases. The increase is almost four times fewer than the number of cases reported a month ago at the same time -- 1,645.

For the week ending on Saturday, health officials reported 2,883 new COVID-19 cases. The state was ranked 31st in the country for the amount of weekly new cases.

On Tuesday, the dashboard said 1,046,575 total vaccine doses have been administered with 11.5% of the population having received at least one dose.

The health department has been encouraging eligible Missourians to get the vaccine if possible. Officials are also recommending residents continue to wear a mask, wash their hands, social distance and stay home if they feel sick. 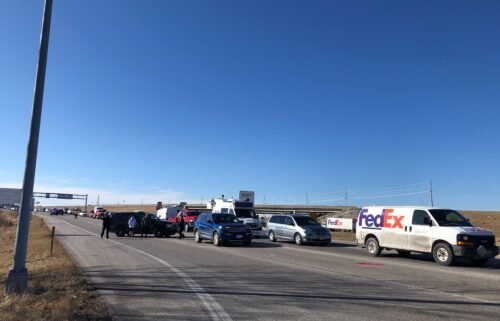