Missouri Gov. Mike Parson asked state residents to wear masks and get the COVID-19 vaccine when it becomes available. He followed up the call to Missourians by saying masks and the vaccine won't be mandated.

"This will allow continued flexibility in deploying critical resources around the state as well as the continued utilization of the Missouri National Guard and easing of regulatory burdens to further assist Missouri’s COVID-19 response efforts," the press release stated.

You can watch the full briefing in the player below.

The governor also extended the state's coronavirus emergency through March. It had previously been extended through the end of the year.

Parson said he has supported mask usage since the beginning of the pandemic and included local communities should have a voice in how they're handling the coronavirus.

"I don't think we should punish people for not getting the vaccine," Parson said during the briefing.

Parson included there is not a clear virus threshold the state needs to surpass before there will be a mandate.

"We have to take it upon ourselves to make hard decisions," Parson said.

The governor said Missouri reported as many COVID-19 cases during the month of October as the state reported over the first seven months of the pandemic. He added the first two weeks of November were even worse than what the state saw the month before.

Parson also mentioned Missouri should be seeing a vaccine in December.

Originally there were only going to be five Pfizer vaccine storage sites in the state, but today Dr. Randall Williams announced another five have been added.

"The Federal government gave us permission to add five more so now we have 10, they are in similar geographical locations as you might imagine but it becomes really important in phase 1, since we need people to travel to those sites," he said.

This week, the Missouri Hospital Association sent a letter to the governor's office requesting a statewide mask mandate. Health care providers have made similar announcements recently.

Parson said looking at the pandemic from a medical perspective gives a different view than he has as governor.

"I have to be able to balance having public safety, along with having people go back to work, people having their family lives, without the government dictating everything that they do and it's a tough balance sometimes," Parson said.

The governor said he has seen similar letters calling for mask mandates in over the course of the pandemic.

Recently, state leaders have raised awareness of the upcoming holidays and have asked Missourians to change their plans because of the pandemic.

Both Gov. Parson and the state health director called on state residents to curb holiday plans to keep family and friends safe as the pandemic continues.

Dr. Randall Williams said during the briefing that residents should have a backup plan and be able to change plans at a moment's notice.

He added people should consider quarantining before going to holiday gatherings.

"The overall message is to be much more thoughtful than you've ever been," Williams said.

Parson said it is up to state residents to determine the correct path forward for the holidays.

Last Thursday, the governor came out and announced changes in the state's K-12 school quarantine guidelines and expanded the call for the special session to include a proposed bill on liability protections.

Under the updated K-12 school quarantine guidelines, schools with a mask mandate now may prevent individuals from being identified as close contacts in K-12 schools. Moberly and Morgan County are two districts that have followed the new guidelines.

Recently the state has seen a spike in hospitalizations with 2,453 patients hospitalized and 582 of them in the ICU.

The Missouri Hospital Association recently asked the governor to enact a mask mandate. 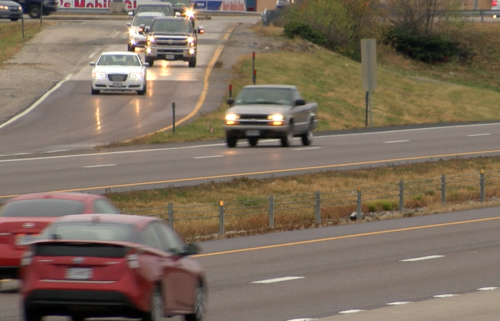 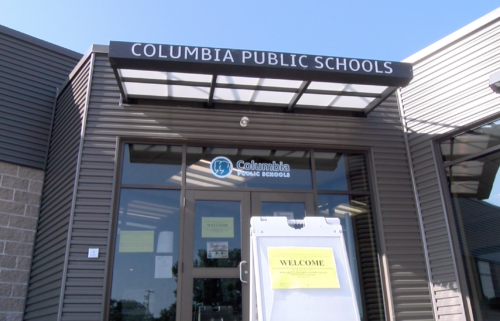