Parson has been in isolation after he and the first lady tested positive for COVID-19 last week.

Watch the briefing in the media player below.

Parson said one saliva-based testing machine will be placed in each of the southwest, southeast, central and Kansas City regions.

Washington University in St. Louis developed the saliva-based test and was approved by the FDA recently.

Health officials tested more than 122,000 people the week of Sept. 14, the governor said. It's a new record for weekly tests.

Missouri is set to receive 120,000 rapid COVID-19 tests and up to 2 million by the end of the year. President Donald Trump announced recently 150 million of the tests would be sent out in order to get students back in school.

Parson said the state has recovered 200,000 jobs lost during the COVID-19 pandemic. Missouri lost 346,000 jobs between February and April, the governor said.

Wednesday's briefing is the first governor has held in more than a week. Parson broke his months-long streak last week as he toured the state for ceremonial signings of two crime bills passed during the recent legislative special session.

The governor has been asympotamic for coronavirus since testing positive.

Parson said in a Twitter video Wednesday morning he's hopeful to get back to work next week. 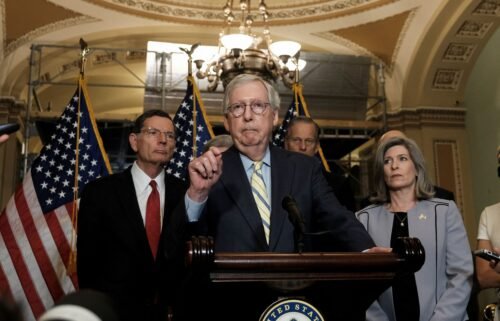