UPDATE 7:10 P.M.: The Boone County Courthouse is going back to phase one of its reopening plan after an employee tested positive for COVID-19.

According to a news release, this is the second-known positive case among staff since March.

Court officials said the office where the person worked made sure anyone with close contact was notified to quarantine at home. It also deep cleaned areas the person may have been. Officials said that facilities maintenance also increased the amount of fresh air brought into the building.

The change back to phase one means that cases set for next week that were supposed to be in person may now only be by video or rescheduled.

The court says it encourages people with scheduled cases to get in touch with their attorney.

The change in phases stems from order from the Supreme Court.

On Aug. 1, the Supreme Court updated its guidelines to say that if “any court employee, bailiff, or other court personnel currently working in a court facility tests positive for COVID-19, the presiding or chief judge shall move that court facility to Operating Phase One or Zero.”

The report marked the sixth straight day the county has reported more than 80 cases as a surge of cases powered by gains in the college-age population continues.

The number of active cases fell two to reach 657 as recoveries offset the new gains. Another 942 people in Boone County are in isolation because of exposure to the novel coronavirus.

More than half the cases reported Monday -- 48 -- were in people ages 18-22 years old. The high percentage of cases in that age group has become a trend since the return of college students.

The five-day average of new daily cases in Boone County was 92.4 on Monday. That average was 59 one week ago.

County health officials said last week that the county recorded a 44.6 percent positivity rate for the week that ended Thursday. The number is the percentage of people tested for COVID-19 who get a positive result.

The case numbers being recorded in Boone County are being tracked by Columbia Public Schools. The board of education will meet at 4:30 p.m. Monday afternoon to discuss and possibly take action on whether classes will take place online-only, in-person or a mix of the two when school starts Sept. 8.

Watch a live video stream of the meeting in the player below.

The district is tracking the number of cases over the last 14 days per 10,000 people in the CPS boundaries. A number of 50 or higher carries with it a recommendation of online-only classes.

However, the decision will ultimately be up to the school board.

Boone County's hospitals were treating 45 patients with COVID-19 on Monday, one off of the record reached last week, according to the county's online COVID-19 dashboard.

It wasn't clear when the ninth person died. Pettis County is now tied with Saline and Camden counties for the most deaths in Mid-Missouri.

EDITOR'S NOTE: The most recent day with totals as low as those reported Monday has been corrected.

UPDATE 2:35 P.M.: The rate at which people are testing positive for COVID-19 in Missouri rose Monday but the state recorded its lowest number of positive cases in the last week.

The state reported 1,042 new cases Monday, a decline of more than 400 compared to Sunday. The state has now logged 84,697 cases of COVID-19 since the pandemic began.

The last time daily cases were this low was last Tuesday, when the state reported 692 new cases. Despite the dip the rate of people testing positive for COVID-19 over the last week increased to 12.6 percent.

The state also logged 22 deaths for a total of 1,530 since the pandemic began.

As of Thursday a record 1,004 patients with COVID-19 were hospitalized statewide, according to the dashboard. That number had fallen to 906 by Friday, the most recent data available.

The state data show Boone County has now entered the top 10 of Missouri counties for fastest COVID-19 case growth by percentage. The county logged 216 cases on Saturday and Sunday alone, with a record 131 on Saturday.

State health officials have said many of the new cases are in younger people. The average age of people who tested positive for COVID-19 over the past seven days was 39 years old as of Monday.

Those younger people are less vulnerable to the worst effects of COVID-19 but have the ability to spread the virus to older or more vulnerable people.

The University of Missouri adjusted the number of staff who are infected with COVID-19 that it posted on a website set up to report COVID-19 number.

MU reported 18 staff members have contracted the novel coronavirus, with four of those having recovered.

UPDATE 1:40 P.M.: University of Missouri Health Care has reopened its testing sites after closing them earlier Monday because of storms.

The drive-thru testing site at Mizzou North and the Student Health Center have each reopened, MU Health Care said in a tweet.

UPDATE 12:35 P.M.: The University of Missouri reported Monday that 415 students now have active cases of COVID-19.

MU reported Friday on its website that 306 students had active cases. The university updated the site Monday to say 415 students have active cases -- an increase of 109.

The university reported another 134 students have recovered.

MU began reporting the number of cases in faculty and staff for the first time Monday. The numbers rely on self-reporting, MU says. By contract, student numbers are gathered from the local health department.

MU said last week when it unveiled the case numbers that it would update those numbers each Wednesday. A university spokesman said Monday that those updates will now occur daily.

The university also created a web page and video to explain why it isn't conducting mass testing on campus.

A tweet from the MU said lightning in the area caused the university to stop testing.

The university shifted all coronavirus testing to the Mizzou North building on Business Loop 70 West.

A tweet from the Boone County Joint Communications also sent out Monday morning said the county was under a severe thunderstorm warning until 11:15 a.m.

Rain drenched the area, wind gusts up to 60 mph and hail are possible with the storm.

It's unclear when MU will reopen the testing site. 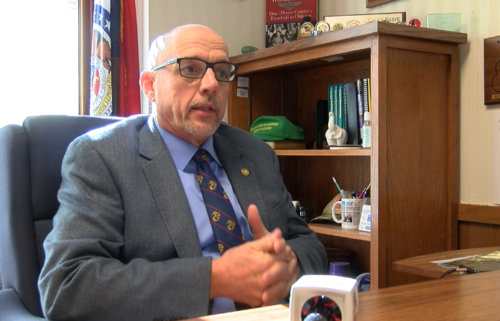 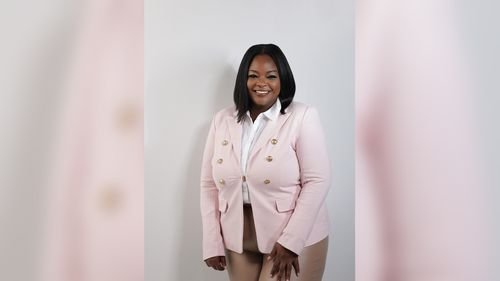