UPDATE 8:10 P.M.: The Jefferson City School District says it will not be able to hold a graduation commencement on June 12.

The announcement was posted on the district's Facebook page.

The district cited current COVID-19 restrictions as to why June 12 wouldn't work for a single, in-person, graduation.

District officials are now working towards a July 10 commencement, saying they hope social distancing guidelines will relax enough at that point for a ceremony. The district said it will announce whether or not that date will work by June 19.

The district also says it has another date of July 31, if July 10 doesn't work out. That would be the final attempt for a traditional graduation ceremony.

If July 31 doesn't work, a split graduation would happen on August 1.

The district also says it is working on other events including prom, awards night, and baccalaureate.

UPDATE 5:20 P.M.: The University of Missouri furloughed 144 workers in its most recent week-long reporting period.

MU posts online updates each Friday of actions taken to balance the budget amid declining revenue during the COVID-19 pandemic. On Friday MU reported 1,043 furloughs, up from 899 a week go. The data is current through Wednesday.

The university also reported an additional 43 pay cuts over that period, bringing the total to 1,038 since the pandemic began for a savings of $3.93 million. MU has laid off 66 workers at a savings of $2.38 million and declined to renew 33 contracts worth about $1 million.

Gov. Mike Parson has withheld money from universities in the current budget year and has signaled more cuts could be coming. Cuts are also likely in the coming budget year that begins July 1 unless more federal stimulus money is approved, Parson said this week.

MU is planning to have classes on campus in the fall.

Cole County reported a new case of COVID-19 on Friday.

The county health department reported 56 cases with two of them active. The county has reported a new case each of the past two days after reporting no new cases for 11 days before that.

Callaway County continued to report no new cases on Friday, with its total staying at 22 with one active. A new case hasn't been reported there since May 1.

UPDATE 4:20 P.M.: The number of COVID-19 cases in Audrain County has more than doubled.

The Audrain County Health Department reported 47 cases of COVID-19 on Friday, up from 23 on Thursday. The department says 46 of those 47 cases are active.

The county said it has administered 499 tests and has 20 results pending.

The county's cases have risen rapidly this week from six it reported Monday. Health officials said several of those early cases were connected to a hog farm but it wasn't clear how many of the new cases are tied to that operation.

ORIGINAL: Missouri's COVID-19 cases increased Friday by more than 200, the first time they've increased by that amount in nearly a week.

State health director Dr. Randall Williams said Thursday that cases have been increases recently by about 140 to 150 cases per day.

Deaths increased by 10 to reach 671 on Friday after a jump of 30 on Thursday. Despite the increase Thursday deaths have been on a downward trend.

Boone County also saw an increase in cases Friday, reporting three more to bring its total to 111. The county has reported 11 new cases in the past five days after several weeks of only a few new cases.

Local hot spot Audrain County had not reported its new numbers at the time of this update. Health officials there reported 22 active cases Thursday out of 23 cases overall.

Boone County will also be the site of community COVID-19 testing on June 1 and June 2. The testing is open to anyone who wants it, regardless of if they have symptoms. Online pre-registration is encouraged.

St. Louis County continues to lead the state in overall cases and deaths by a wide margin, reporting 4,367 cases on Friday. That county also accounts for 379 deaths.

The state reported 801 people hospitalized with COVID-19 on Friday. That number is lower than the peaks of more than 900 in late April and early May but up from recent dips that went as low as 707. 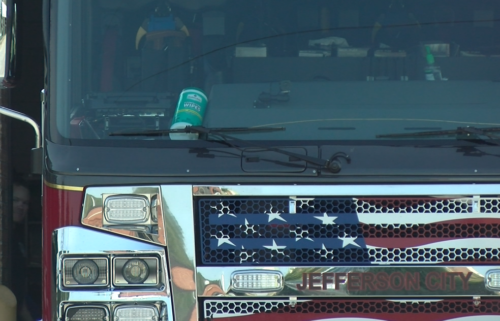