The Columbia City Council adopted an emergency resolution at its meeting Monday night. The council approved the resolution unanimously.

The resolution comes after City Manager John Glascock issued a declaration of emergency.

Mayor Brian Treece said Monday afternoon that he planned to submit the emergency resolution to the Columbia City Council.

The mayor said he would take the resolution, which would limit crowd sizes to 25 to fight the spread of COVID-19, before the council at its Monday night meeting. It would also limit events above 50 people.

Watch Treece talk to reporters in the player below.

The mayor said the resolution would allow the city manager and other city officials to enforce the recommendations made by the Centers for Disease Control and Prevention.

The resolution would also recommend closing all gyms, libraries and movie theaters. It also encourages suspending in-person classes in all schools. Columbia Public Schools, as well as local colleges, have already taken actions to implement alternative forms of learning.

In order to protect people during the spread of the virus, the resolution would also waive budgetary requirements that would impede delay the delivery of essential city services.

Treece said it is the responsibility of elected and appointed officials not to panic at times like these.

"This epidemiology is something that our health director and our healthcare providers have planned for for years. And while this specific Coronavirus is different, their response is the same," he said.

The mayor also said the steps being taken to prevent the spread of the disease will have an impact on some people in the community.

"This virus is going to expose and exploit all of the inequities in our system," Treece said.

Treece said he has asked the governor and other city mayor's to consider tapping into the unemployment compensation fund to assist people who are not working.

"Right now employees and employers jointly contribute to a state unemployment taxes. We ought to help those workers who are laid off through no fault of their own access their money during the next two to four to six weeks," he said.

The city manager and health department will still need to do several things before the restrictions in the resolution will begin. 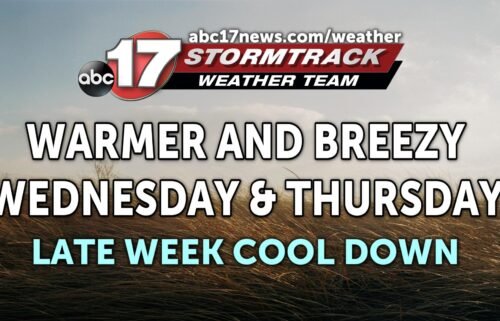