Columbia has experienced an increase in serious traffic crashes despite a 2016 policy meant to reduce deaths and serious injuries, an advocate for the policy said Monday.

According to its website, Vision Zero is "a policy and data-driven strategy to eliminate traffic deaths and serious injuries."

Lawrence Simonson, the chief strategy officer at the PedNet Coalition, is one team member of the Vision Zero program. The PedNet Coalition is a not-for-profit organization that advocates for non-motorized transportation such as sidewalks and bike lanes.

Simonson said despite the policy goals, 2019 saw the highest number of deaths and serious injuries in at least a decade.

"Since Vision Zero has come into place, we have not seen much happen with regard to the spirit of Vision Zero," Simonson said. "What we've seen are deaths and serious injuries actually increasing."

The latest serious injury in the city limits happened over the weekend. According to the University of Missouri Police Department, a driver heading east on University Avenue at around 12:30 a.m. Sunday hit a person walking south on Matthews Street.

Emergency crews transported the victim to a nearby hospital. Police did not reveal the victim's condition.

Mel Frieders, a senior at MU, said changes could make the area safer for pedestrians, including better lighting at night.

"There absolutely should be a stop sign here. It's a four-way intersection, so it would make the most sense," Frieders said. "It would ensure that cars would stop for people and we'd have a lot less issues, a lot less congestion."

Simonson said that through the Vision Zero program, the team members are supposed to investigate each road death or serious injury to find the cause and implement solutions. Dalton confirmed there are monthly meetings with the crash investigation team. However, even after a pedestrian died in December on College Avenue, nothing has been done to make a change.

"It's completely realistic to think that we can start to see some major success within Vision Zero if we were to start taking it seriously and doing the things that need to be done," Simonson said. 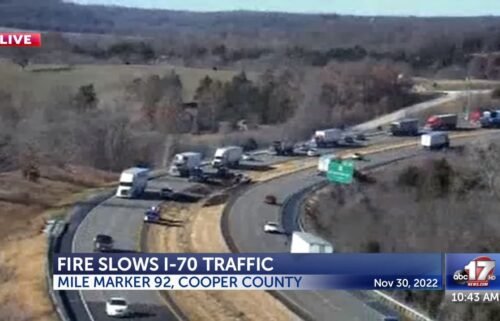