During hurricane season, meteorologists — as well as some of you — look at computer forecast models ad nauseum. We look several times a day to see what’s on the horizon. Will there be a storm? Where? When? If one model shows a storm, we look to see if another one shows the same thing to try and verify the forecast.

But in reality, a lot of times, the models just don’t agree — and that can be one of the most frustrating parts of our job.

“Models are incredibly complex. There are different ways of tuning them so to speak,” said Greg Carbin, chief of operations at The Weather Prediction Center. “You don’t know exactly what the atmosphere is doing on every spot on the Earth at initial time, so you have to make certain assumptions.” Initial time is the model’s starting point for deriving the forecast.

Because of this, models will have slightly different forecasts for events happening within a few days. Sometimes the difference is extremely small, but if a major storm is about to hit the US coast — and evacuations need to be ordered, shelters opened, and emergency personnel put in place — 30 miles of uncertainty can end up costing billions of dollars. So, the pressure is on.

That’s why many times we will show you several models on TV when forecasting a hurricane or a nor’easter. We do this so you can see the discrepancies and several possibilities of what could happen — because many times it’s impossible to know with 100% certainty what the forecast will be.

With that said, models have drastically improved over the years, especially when it comes to short-term forecasts.

“A three-day forecast today for rainfall and temperature is as accurate as a one-day forecast was about 10 or 15 years ago — but there is a limit to that predictability,” said Carbin.

Beyond a week, models start to lose their credibility. We sometimes look at a forecast model and see a potential Category 3 hurricane hitting the Gulf Coast two weeks from now and start to cringe.

In fact, if you look at the Global Forecast System today, there’s a Category 2 hurricane hitting the Virgin Islands on August 30, with another storm right on its heels. The truth of the matter is that forecasts that far out are as accurate as my golf swing.

“Beyond five, six, seven days, it is really a fantasy storm. Those storms most likely do not exist in real time. They should be taken lightly,” said Carbin.

If it’s difficult to know what exactly is happening in the atmosphere on day one, imagine the error when models are forecasting for day 14.

Carbin made an interesting analogy regarding long-range forecast unreliability. He explained that if you went fishing and put a bobber cork in a river at the same spot time and time again and watched it drift 100 yards downstream — it would end up in a different location each time.

Similarly, it’s impossible to know exactly the dynamics of the environment a week later, so that Category 3 storm that a computer model forecast will hit your town in two weeks — you could bet money that it probably won’t pan out that way.

“The reason why is because the ‘stream’, just like the atmosphere, is a complex system. There’s a lot of chaos, there’s a lot of factors in there that you really can’t account for because it’s its complexity and its dynamic nature. Computer models for the atmosphere the same way,” said Carbin.

But that doesn’t mean we shouldn’t be alert and ready for anything. It’s hurricane season after all and models offer wonderful guidance on what’s going to happen — especially in the short term.

Carbin advises looking at climatology when forecasting the tropics more than seven days out. Focusing on that will most likely give you a better forecast than obsessing over long-range forecast models, he said.

August is when hurricane season really starts to ramp up. So, if you look at climatology, it wouldn’t be out of the question to see a storm impact the Virgin Islands or the other Caribbean islands. But we also have just as good a chance of seeing something a little closer to the US mainland.

So, while we take those long-range forecasts with a grain of salt, we also need to stay ready for anything as we approach the peak of hurricane season. 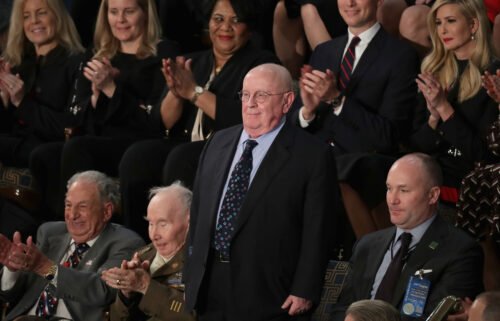