Watch the bill signing in the player above.

Gov. Mike Parson signed several bills in a ceremony in the governor's office Wednesday afternoon, including one that makes changes to Missouri's elections.

The governor signed five measures into law, including House Bill 1878, which will modify election laws. HB 1878 will change some rules and regulations that relate to how Missourians vote in elections. The new law will require up-to-date photo identification for any regular or absentee ballot in the state.

Starting August 28, the new law will also eliminate the use of electronic vote-counting machines that can connect to the internet. The law requires the use of paper ballots in all elections.

Additionally, the measure will eliminate several COVID-19 provisions, which made it easier for Missourians to vote by mail during the pandemic. However, it will also establish a two-week period of no-excuse, in-person absentee voting.

Secretary of State Jay Ashcroft is a supporter of the new law.

"When it comes to elections, we need to make it easy to vote and hard to cheat and we need to do it in such a way that people have confidence in their elections -- this bill does that," Ashcroft said.

The Missouri Voter Protection Coalition (MOVPC) put out a statement after collecting over 2,100 signatures asking Parson to veto HB 1878.

"This measure upsets the balance of powers in elections, and creates undue and needless barriers to participation for Missouri's voters," the coalition said in the statement. "The ability of all Missourians across the political spectrum to cast a ballot lies at the heart of a functioning democracy. We should be working to reduce barriers to participation, not make voting harder."

Denise Lieberman, director and general counsel for MOVPC, said the group is prepared to file a lawsuit against the state for the law. The group argued the Missouri Supreme Court already found the requirements violate Missourian's right to vote.

If the lawsuit goes in favor of MOVPC and overturns the law, it will also eliminate parts of the law the group liked, such as the part that creates no-excuse absentee voting.

"Overall, it will have a harmful effect on the most vulnerable voters in Missouri and the organizations that try and help ensure their voices can be heard," Lieberman said.

MOVPC disagreed with multiple provisions and regulations in HB 1878, including one which would prohibit any election change within six months of an election. The coalition argued this would have blocked Missouri residents from voting by mail in the 2020 election during the COVID-19 pandemic.

MOVPC also disagreed with the photo ID requirements specified in the bill. 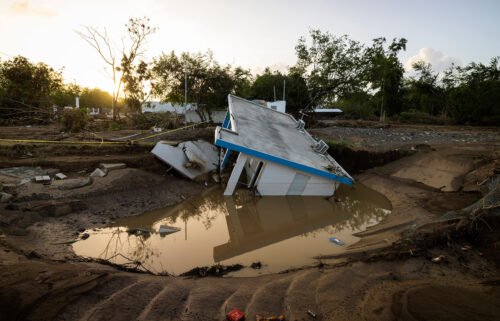