Some drivers may have been caught off guard by the snowfall this morning but Columbia Public Works certainly wasn't. The department told ABC 17 its crews were observing conditions throughout the morning.

John Ogan, who works for Columbia Public Works, says they were aware of the snowstorm, but it did end up being slightly worse than crews anticipated.

Eight public work trucks went out around 4:30 this morning, and Ogan says eight more trucks were sent out at 7, so crews could adjust to the conditions.

In Jefferson City, Brit Smith who works for Public Works told ABC 17, "We had supervisors monitoring the conditions periodically thru the night and they called crews in about 5:30 am. We had a crew of 24 plow truck drivers with support staff (supervisors, mechanics, and loader operators) in for the event and they worked on snow operations until approximately 9:30 am before returning to normal duties. We are currently reporting our main routes as clear and secondaries as mostly clear."

Although both crews in Jefferson City and Columbia were prepared this morning, Columbia Public Works did say one challenge crews faced was drivers' speediness.

"Our main point of concern today was people just going too fast for conditions. Really anything over 45 miles an hour during winter weather events is something I discourage," Ogan said.

People driving too fast out on the road could have led to the nearly two dozen crashes in Columbia earlier this morning.

According to Columbia's Fire Department, firefighters helped with nearly 20 crashes, several of which happened on Highway 63. Firefighter says one of the drivers was hit by another vehicle after getting out of their car. The person was taken to the hospital before the emergency crews arrived but their condition is still unknown.

There were also two other crashes on I-70 at the Lake of the Woods exit in East Columbia and on Scott Boulevard at the Vawter School Road in Southeast Columbia.

In this crash, firefighters say no one was taken to the hospital, but again a driver was struck on Highway 63.

Missouri State Highway Patrol says if you ever find yourself in a crash it's best to pull your car to the side of the road if it's safe to do so and stay inside the vehicle because it provides you some protection.

According to Accuweather, after getting to a safe space you should report the crash to law enforcement and make sure your vehicle is visible to help other drivers and emergency crews see you. 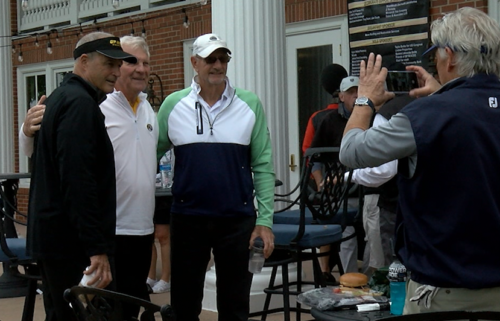