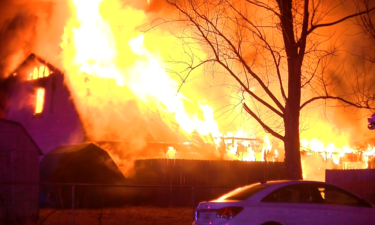 Five US lawmakers arrived in Taiwan on Thursday to meet with government officials, defying Beijing to visit the contested island.

“When news of our trip broke yesterday, my office received a blunt message from the Chinese Embassy, telling me to call off the trip,” Rep. Elissa Slotkin, a Michigan Democrat, wrote Thursday on Twitter. “The auto industry’s largest supplier of microchips is here in Taiwan, so supply chain issues will most definitely be on the agenda.”

Slotkin said the side trip to Taiwan came after celebrating Thanksgiving with US troops in South Korea and that the stop would “be good to connect with leaders here to discuss a whole host of economic and national security issues.”

Taiwan holds a fraught position in the deteriorating relationship between Washington and Beijing, with tensions running high as China increases its military posturing and warplane flights around the self-ruled island. The congressional delegation’s visit comes on the heels of another informal visit from US lawmakers earlier this month.

The news of the lawmakers’ trip comes a day after the Biden administration extended an invitation to Taiwan for its “Summit for Democracy,” which will take place next month — a decision that the Chinese government dubbed a “mistake,” Reuters reported.

Earlier this month, President Joe Biden made clear that he was not encouraging Taiwan’s “independence” after using the word to describe the progress he had made during a discussion of the island with his Chinese counterpart.

“I said that they have to decide — Taiwan, not us. We are not encouraging independence,” Biden said on an airport tarmac in New Hampshire where he was promoting his recently signed infrastructure law.

“We’re encouraging that they do exactly what the Taiwan Act requires,” he went on, referring to the 1979 law dictating the American approach to the island. “That’s what we’re doing. Let them make up their mind. Period.”

Explaining his position while greeting attendees following his infrastructure speech that day, Biden said he had made limited progress on the topic with Chinese President Xi Jinping. “We made very clear we support the Taiwan Act, and that’s it,” he said at the time.

“Its independence,” he went on. “It makes its own decisions.”

Earlier this month, an unspecified group of US lawmakers landed in Taipei on a Boeing C-40 military plane, and subsequently took off for Okinawa after a brief stay at the airport.

The delegation’s arrival sparked immediate condemnation from China, with Beijing describing the trip as an “act of provocation.”

Taiwan’s Ministry of Foreign Affairs confirmed that visit and said the trip was arranged by the American Institute in Taiwan, the de facto US embassy in Taipei. It did not disclose the names of the lawmakers involved in the visit, nor their itinerary.

The American Institute in Taiwan did not confirm a list of lawmakers but directed CNN at the time to Texas GOP Sen. John Cornyn’s office.

Beijing views the self-ruled island as an inseparable part of its territory — even though the two sides have been governed separately for more than seven decades.

In a statement at the time, China’s Ministry of National Defense condemned the US for “grossly interfering in China’s internal affairs” and said it should stop “provocative actions” that may escalate tensions on the Taiwan Strait.

“(The US) should refrain from sending wrong signals to ‘Taiwan independence’ forces,” the statement read. “The People’s Liberation Army will always be on high alert and adopt all necessary measures to resolutely smash any interference by foreign forces and separatist attempts.”

The visits aren’t the only time delegations of US lawmakers have flown to Taiwan. In June, an American delegation including Sen. Tammy Duckworth, an Illinois Democrat, landed on a US Air Force C-17 Globemaster III freighter to announce the donation of 750,000 doses of Covid-19 vaccine. And previously, US officials and politicians have flown to Taiwan on the C-40, a military version of the Boeing 737 commercial airliner.

Pentagon press secretary John Kirby had told reporters following the unspecified group’s visit that “congressional delegation visits to Taiwan are fairly routine” and the visit was “in keeping with our obligations under the Taiwan Relations Act, which has been supported by multiple administrations, both Democratic and Republican, that reinforces our requirement to help Taiwan with its self-defense needs.”

Relations between Taipei and Beijing are at their lowest point in decades. Last month, China’s military sent a record number of warplanes into Taiwan’s air defense identification zone — the area surrounding the island where Taipei says it will respond to any incursions.

This story has been updated with additional details Thursday.

CNN’s Rachel Janfaza and Kevin Liptak contributed to this report. 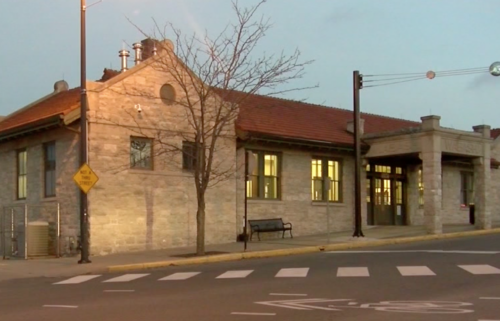