Two law enforcement agents took the stand in the trial of Joseph Elledge.

FBI Special Agent Michael Easter broke down cell phone records showing Elledge's location. Easter said Elledge's phone appeared to leave at 10:52 a.m. on October 10 from his and Mengqi Ji's apartment in east Columbia. A cell tower then located Elledge's phone in the area of Rock Bridge State Park, where it stayed from about 11:18 a.m. to 11:48 a.m.

Prosecutors claim this is when Elledge hid Ji's body after killing her on Oct. 8, 2019. Prosecutor Dan Knight wants jurors to believe Elledge deliberately killed Ji after more than a year of verbal abuse toward his wife. Defense attorney Scott Rosenblum argued that Elledge killed Ji in an accident in their apartment.

Easter said a cell tower did not locate Elledge's phone again that day until 3:32 p.m., when it located it around Elledge and Ji's apartment.

The cellphone data also tracked Elledge around mid-Missouri the afternoon and night of Oct. 9. That included an apparent stop in the area of Highway 41 and the Lamine River in Cooper County. Police spent months searching the river, costing thousands of dollars to try and find Ji.

Former Columbia Police Department detective Alan Mitchell took the witness stand to talk about a piece of evidence he recovered when searching Elledge and Ji's apartment after her disappearance. The prosecution asked Mitchell about a notebook that was found in Elledge's backpack with detailed notes from the day Ji went missing.

Elledge did write notes about how worried he was about Ji. Laying out a timeline of events from the morning Ji went missing continuing throughout the day. Elledge also wrote notes on how to act in front of the media. "There is only one emotion the public will relate to: sorry and sadness."

And another note on, "Don't confuse the past and present tense when talking about Ji."

These notes were in preparation for an interview Elledge did with KRCG after Ji went missing. During that interview, Elledge said he had no idea where Ji was, and he hoped wherever she was she would come back home safely.

Mitchell told defense attorney Matei Stroescu that he did not know who wrote the note or when it was written.

Storescu also pointed out the small kitchen space at Elledge and Ji's apartment. The defense claims Elledge pushed Ji in the kitchen during a fight, which caused Ji to hit her head. Elledge claims the couple went to bed that night, and he found her dead the next morning. 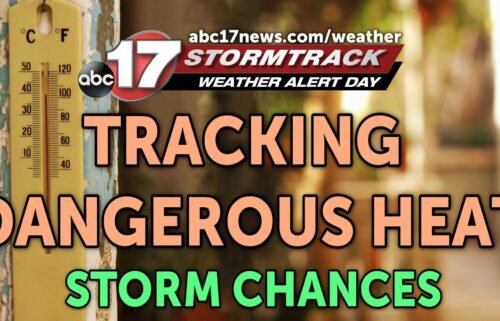