In the Pacific Northwest they’ve been dealing with a ton of rainfall... In fact nearly record setting rainfall in the last two weeks alone.All of this moisture is stemming from an atmospheric river that has settled over the area.

We all are familiar with the concept of how upper level winds impact our weather systems by bringing moisture and different air masses to new locations. In this case, you can see that the upper atmosphere winds are travelling almost directly on top of the Pacific Northwest.

When we take a look at where moisture in the atmosphere is located, you can see that the winds are dragging the moisture off the western coast of the United States inland almost directly over the Pacific Northwest as well.

This has brought significant rainfall to the area in the last few days... nearly 6.5” inches of it since the new year started! Flooding concerns are rising as this atmospheric river doesn’t appear to move out of the region for the next few days at least. This upper atmospheric pattern of when winds bring loads of moisture to a region has been dubbed the creation of an atmospheric river. 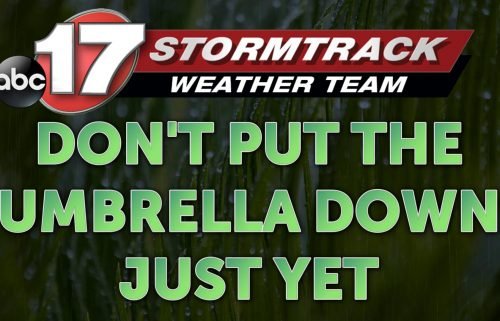