As a new variant of COVID-19 first found in the United Kingdom is now in the United States, the Missouri Department of Health and Senior Services is already looking for it.

Director of the State Health Department Dr. Randall Williams said at the Governor's state briefing Wednesday the state lab has the capacity to look for the strain and is in the process of expanding it.

The Director at Missouri State Public Health Laboratory Bill Whitmar said there is a subtle difference between the B117 variant, commonly known now are the "UK Variant," and the original virus responsible for COVID-19.

"It's not as easy, but we still utilize the same test, it's just a little bit more work for us to do," Whitmar said.

The state lab runs only about 400-800 tests per day, which is a small percentage to the thousands of tests done in a day in Missouri according to Whitmar.

He said the lab is going to start working with a new method to test for this variant, but it takes longer than the normal PCR testing. In the meantime, Whitmar said Missouri is also sending about 25 samples per week to the CDC to test for the variant.

"It's sort of a surveillance project, and all of the state public health labs are doing this," Whitmar said.

Whitmar said he does believe this will be a prevalent strain in the United States at some point in time, saying right now it is believed to be about 70 percent more communicable than the original.

"With viruses, like with any flu virus, there are mutations," Whitmar said. "The same can be expected with this coronavirus, and maybe this variant will come in and be more prevalent, or maybe it will come out of prevalence, only time will tell."

Dr. Willams said there is no evidence that this variant is more deadly or causes more severe symptoms, but said that it is transmitted easier.

The data that shows this variant is spread easier is why Whitmar said there is an emphasis on finding out if it has made it to Missouri.

"We certainly want to get ahead of the curve on this and make sure we don't have more ailments, more morbidity or mortality than we already have in the state with the current strain," Whitmar said. "We certainly don't want to see more of that.

Right now, information is still being gathered on whether or not the vaccine will fight this variant, but Dr. Williams said it likely is effective.

"We don't have any evidence that it isn't," Dr. Williams said. "They are looking at whether the vaccine will cover it, and intuitively we think it would, but we've got to prove that."

The Columbia/Boone County Health Department said they are continuing to monitor all the new information provided by the state and federal government about the B117 variant. A spokeswoman said they are unaware of any local labs testing for the variant.

Boone Hospital said in a state it is continuing to test, treat and vaccinate for COVID-19 as they have been, saying "it is common for a virus to change through mutation, but research is still being done on identified COVID variants, including how they are spread." 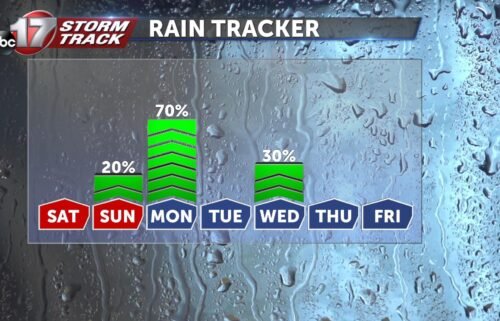