The Columbia city council will meet Monday at 7 p.m. The city is encouraging people to livestream the meetings on the city's website instead of attending in person.

The council will discuss several topics related to COVID-19, including leave for employees.

Watch the council meeting in the player below.

Stephanie Browning, director of the Columbia/Boone County Health Department will provide an update on COVID-19 in Boone County to the council at the beginning of the meeting.

A spokesman for the health department told ABC 17 News crews the update will include information about the stay-at-home order as officials discuss whether the city's order should be extended.

Gov. Mike Parson announced last week the stay-at-home order in effect for Missouri will be extended until May 3.

"We'll have discussion tonight at the city council and then tomorrow I'll also meet with the head of our three hospital systems in Columbia as well as the head of the University of Missouri and Columbia College and Stephens College," said Columbia Mayor Brian Treece. "I think it's likely that that stay-at-home order is extended but what that looks like we can't tell yet."

Treece said the process to start opening things back up in Columbia and going back to normal will probably be in gradual steps.

Browning said she was not exactly sure what reopening businesses would look like, but did provide an example of what it could look like.

"Well so maybe you could bring back some of those non-essential small businesses that have a smaller number of employees. Maybe you could give them some opportunities to do some, like, curb-side retail, some things like that," she said.

Treece said the city's actions to introduce a stay-at-home order, even before the state implemented a similar order, has had a positive impact.

"We're still in the woods but we have shown that we can flatten the curve and so we need to preserve the hospital capacity, preserve our testing capacity, and then we can take a baby step towards reopening businesses both essential and non-essential," he said.

Treece said the city wants to help businesses get back to normal, even the city does not extend its order.

"Even if the city doesn't extend our stay-at-home order we would still be under the governor's order and so I want to make sure that we preserve some autonomy, some local authority here to help businesses with waivers if possible, or the definitions or interpretations that they need to really get our economy moving, but at a pace that is responsible and that still puts the epidemiology of this crisis first," he said. 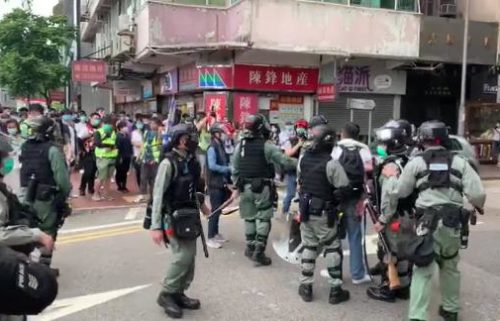