A member of the Missouri House of Representatives has been diagnosed with COVID-19, according to House leadership.

In a statement Friday, officials said they are still working to notify people that may have been in contact with the member.

“We have recently learned a member of the House of Representatives has tested positive for the coronavirus. We are still working to notify members and staff that might have been in contact with the member and have requested all employees stay out of the Capitol for at least the next 10 days," the statement said. "While we learn more and work closely with DHSS to take every precaution necessary, we keep this member and their family in our thoughts and prayers in their battle to return back to health.”

The statement did not name the lawmaker.

The email said Runions got sick on March 15. His last day in the State Capitol was March 12. The email also said that doctors for the 79-year-old believe he is "over the hump" of the disease.

ABC 17 News spoke with State Rep. Kip Kendrick, who did not name Runions, but said he briefly had conversations with the affected person.

Kendrick said he will quarantine himself for the next two weeks.

"That's the best example to set. It's the right thing to do for public health and I'll be monitoring my temperature daily and staying inside," Kendrick said.

Other representatives also said they would also quarantine in response. Rep. Mary Elizabeth Coleman (R-Arnold) said she would quarantine for two weeks after "limited exposure" to Runions. Rep. Rudy Veit (R-Wardsville) said he would follow up with his doctors about the situation and said he would probably isolate himself.

The announcement comes right before legislators take their spring break. Speaker of the House Elijah Haahr (R-Springfield) told reporters last week that it would be impossible for representatives to vote remotely.

Kendrick said details of how the session following spring break would work in a situation where representatives are still quarantined, and the possibility that test results prove others are infected.

"There will be conversations on how we find ways to reach a quorum to continue to do the state's business," Kendrick said. "We have a constitutional obligation to be in session and be responsive." 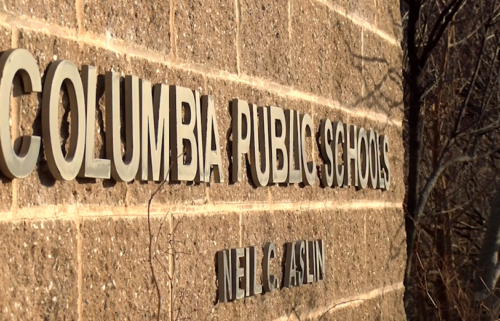