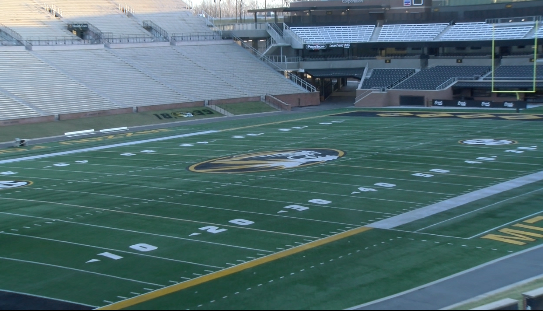 The University of Missouri sold alcohol at football games for the first time in 2019.

Revenue made from alcohol sales at the home football games without taxes totaled $622,926.

"You know, obviously never done it before, but I think overall and not knowing what it could do, I think overall pleased with the first year," said Deputy Athletics Director Nick Joos.

You can see the revenue brought in at each home game below:

Joos said alcohol-related issues within the stadium were not a large issue.

"I think that relatively speaking, incidents within the stadium stayed flat to slightly elevated some games, slightly less some games, so from that standpoint, we created the safe environment that we were seeking to create for all of our fans," he said.

He also said it was one way to prevent binge drinking outside of the stadium before games.

"That's one of the reasons why the police were so supportive, MUPD especially, so supportive of our efforts to put a positive policy in place relative to selling alcohol at football games," Joos said.

MU athletics will use the money from alcohol sales to upgrade security measures at Faurot Field and hire staff for different athletic venues.

"We've got a lot of security improvements, not only at the stadium that we need to make but, you know, Mizzou Arena and some of our other facilities," he said. "The biggest one probably coming for next year is metal detectors that the SEC is mandating that all institutions have."

He said fans may need to come to games a little earlier once the detectors are installed.

Joos said there was a spike in attendance at football games, and he would expect sales for all concessions to increase along with attendance.

He said alcohol sales are one way to draw people to come to games in person.

"I think that in this day and age colleges, professionals, we're in a fight to get people to come to the stadium because the television viewing experience is so great," he said. "Anything we can do in a safe and responsible manner that maybe gets somebody to come to the stadium as opposed to staying home on the couch and enjoying the game is a positive."

The SEC only approved the sale of alcohol at games on a one-year basis. He said in the spring the conference will decide if it wants to allow alcohol sales for another year.