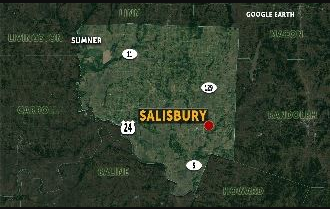 An outage will take place from midnight to 5 a.m. in Salisbury city limits.

A representative with Evergy said that the outage is happening because of routine repairs to a broken pole. The company says the goal of this planned outage is to avoid an unplanned, emergency outage in the future.

Residents voiced their complaints on the county's Facebook page, saying they received little to no warning about the outage.

Evergy told us they were initially given the wrong start date for the project, which led to the miscommunication.