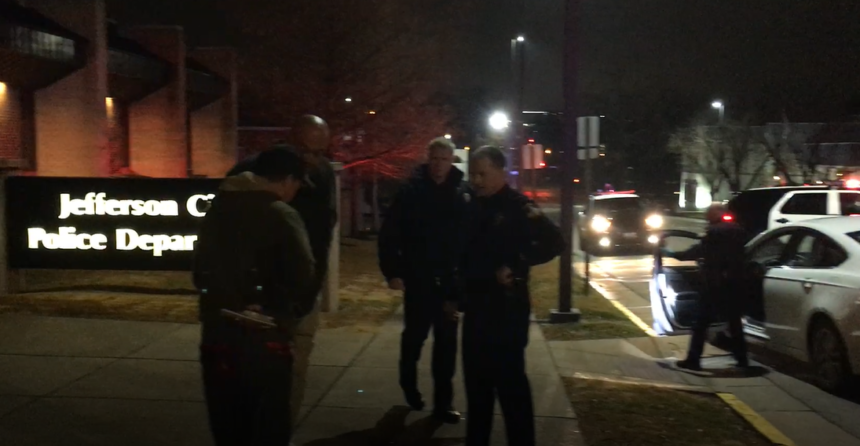 A Jefferson City man accused in two Thanksgiving murders went to police wearing bloody clothes and admitted that he knew he had "just committed two murders," according to court documents.

Jefferson City police arrested Torry A. Upchurch, 27, on Thursday after he walked into the police station with blood on him. In court documents, police say Upchurch admitted to killing two people to people in the police department lobby.

A probable cause statement says Upchurch first knocked on the door to an apartment at 1308 W. McCarty St. and shot the person who opened the door in the face with a 9 mm handgun. The two knew each other, police say.

Upchurch then allegedly shot a woman multiple times in a vehicle at 2903 Southridge Drive. Police say Upchurch told her to stay in the car before firing.

A witness told police Upchurch drove the woman's car from the scene. Court documents say he later showed up at the police station and told people in the lobby about details of the killings.

In an earlier news release, JCPD said officers went to the 1300 block of W. McCarty Street around 6 p.m. on Thursday for a report of someone being injured. On the scene, officers found a 17-year-old Jefferson City man who had died from gunshot wounds.

Then around 8:45 p.m. officers went to the 2300 block of Southridge Drive after multiple calls of shots fired. When officers got to the scene, they found a woman lying in the street with gunshot wounds. Officers determined she died at the scene.

Officers identified a suspect based on calls and witnesses and began looking for him. That's when the man walked into the lobby of the police department dressed in black and covered in blood. The suspect was taken into custody, and officers recovered the female victim's vehicle.

JCPD said the suspect implicated himself in both shootings after an initial interview. Officers requested charges of first-degree murder, armed criminal action, unlawful possession of a weapon and unlawful use of a weapon through the Cole County Prosecutors Office.