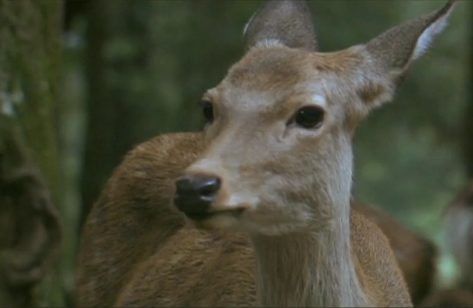 The November portion of deer season where hunters can use firearms started on Nov. 16.

Since opening day, hunters around mid-Missouri have received citations for not following laws.

Tom Strother is the Reginal Supervisor at the Department of Conservation in Columbia, Missouri. He said some citations are more common than others.

"Common violations that we're seeing are folks that aren't wearing their blaze orange hat and vest or they're hunting without a deer permit," Strother said.

Court records reveal two hunters in Audrain County have been cited for not wearing orange. Permit violations were common in several counties, as well.

Strother said other common citations include hunters not checking their deer, hunting without a permit and even landowner fraud.

He said the permit system is important for several reasons.

"One, it certainly supplies the department with needed funding in order to manage the deer population and the wildlife resources throughout Missouri," he said.

"Also, it does allow folks to pay their way. Just like any other type of sporting event or other activity a lot of time you have to have an entry fee or pay some kind of membership," he said. "So the permit, it certainly does the same thing to allow folks to enjoy the resources."

Strother said the department has several ways it works to make sure hunters are following the rules.

"A lot of times the system can give us clues that somebody may not have had a permit when they actually harvested a deer," he said.

If someone sees a wildlife violation they can call a toll free phone number for the operation game thief hotline and report it to the department.

Strother said hunters are also quick to call if they see something wrong because they want everybody to follow the regulations. The department also has agents checking the fields to see what people are doing.

"For a wildlife violation where a citation may be issued it operates exactly the same as any other type of citation that the person may get from a city officer, or a state trooper, that sort of thing," he said.

He said a lot of times hunters are then issued a court date.

Strother said there can be trials like if any other type of citation were issued.

"Most of the time folks plead guilty because what we want to do within the department is only issue citations that are very good and solid cases," he said.

"Depending on the violation the judge can impose whatever penalty that he or she feels is appropriate for the violation. Our wildlife violations are class A misdemeanors, so the range of penalty is from zero to 1,000 dollars, and up to a year in jail, or a combination of the two," he said.

Strother said the money from fines does not go to the Department of Conservation.

"Whatever fine money is collected, that fine money goes to the school system in the county where the violation took place," he said.

Strother said this is a good incentive for agents to only write citations that need to be written. Punishments depend on the crime and vary from infractions to felonies.