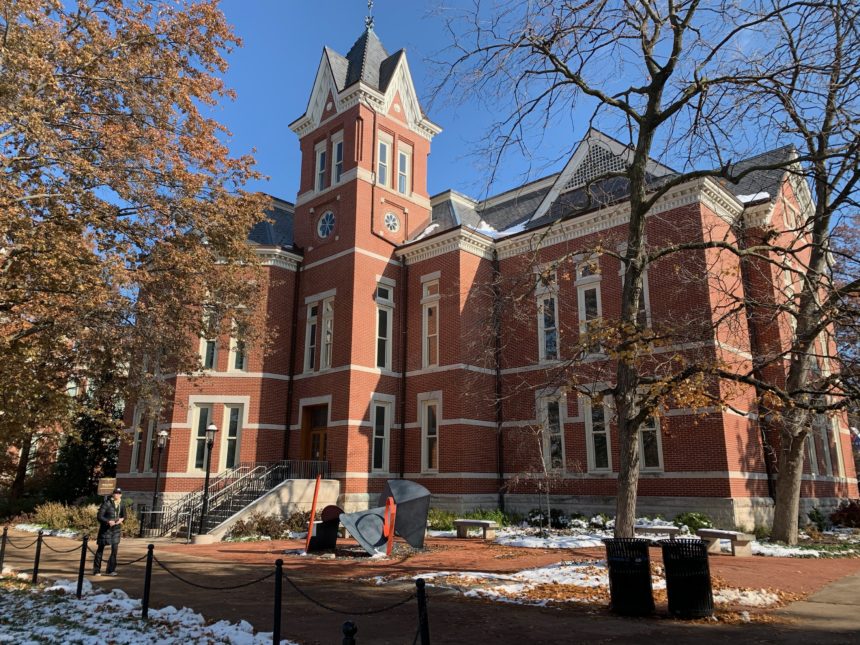 University of Missouri officials announced Thursday Pickard Hall, a more than 100-year-old building located on the Francis Quadrangle, will be demolished due to chemical safety concerns.

Officials said the decision came after years of analysis and consultation with environmental authorities and experts, determining there was no other alternative.

University officials submitted a final plan to the Nuclear Regulatory Commission for demolition of the building in the past week. If approved, the university will have about two years to demolish the building.

Pickard Hall housed the Chemistry Department in the early 1900's. according to a news release from the university. Officials say many experiments were completed with naturally occurring radioactive materials, or NORM.

Specifically, one professor experimented with radium for 20 years in the basement of the building during the period. Officials closed off that area of the building.

“Pickard Hall is one of those buildings that represents the strength and beauty of the University of Missouri,” said Gary Ward, vice chancellor for operations . “This is not a decision that we have come to lightly and has only been made after years of studying the situation and determining that there was no other alternative.”

Ward said in the press release in the past few decades, changes have been made to environmental regulations because scientists have learned more about handling NORM.

A spokeman for MU Christian Basi said the university began working with the Nuclear Regulatory Commission in 2009 to come up with "safe and cost-effective actions" for the building.

"We have looked at absolutely every possible option to try to save the building in some way, shape, or form," Basi said. "Based on the cost it may take and some of the unknowns, we are not at a point where there is any other option, but demolition."

Basi said the demolition will cost around $12 million and the university expects it to start in summer or fall of the coming year.

Hank Stelzer, associate professor of forestry extension and chair of the Campus Facilities Planning Committee, said in the press release this puts the university in a tough position.

“The building is a key component of the Francis Quadrangle; the demolition is a fiscally responsible solution," Stelzer said. "We’ve had issues when renovating some of our oldest buildings on campus. This will allow us to rebuild a new structure in the future that preserves the tradition of the quad but also can incorporate the latest technology in a cost-efficient manner.”

This decision has raised concerns for several people, including the executive director of Missouri Preservation Bill Hart.

"It would be a sad and monumental loss to the University of Missouri to get rid of a part of what really is the core of it's campus," Hart said. "Once historic buildings are gone, they're gone forever. There's no second chance for historic buildings. I hope the university will consider any options to reversing this decision."

Hart wants the university to release more details about why the made the decision to demolish the building.

"All we have is a letter," Hart said. The university, after all this belabored decision making, has decided to tear the building down and we just want to make sure it's for the right reasons"

A senior at the University of Missouri Erica Overfelt said one of the reason she chose the school was the rich history and beautiful campus.

"To hear that one of the more beautiful building is going to be demolished is a little heart breaking," Overfelt said.

She also questioned the safety of the building, and was concerned that she didn't know this was an issue until now. "What precautions did Mizzou take? Since they did a ten year study apparently to see if it had to be demolished ... in the last ten years, who have they even told?" Overfelt said.

Basi said safety is the number one concern for all building on campus, that there has been no risk to students, faculty, and the public.

Watch ABC17 News at 6 for a full report.