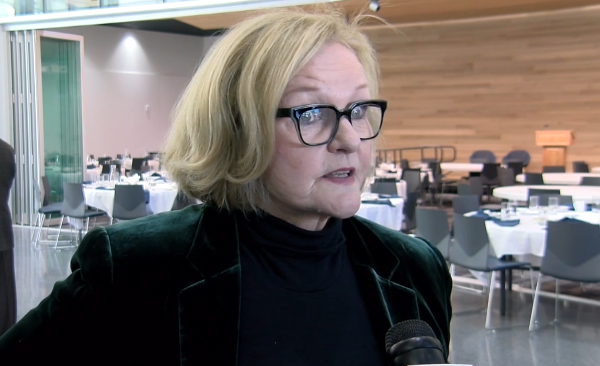 Former U.S. Senator for Missouri Claire McCaskill made a stop in Columbia Saturday.

The former Democrat spoke as part of a new lecture series from the Missouri State Historical Society. Afterwards, McCaskill took questions and commented on the ongoing impeachment inquiry into President Donald Trump.

Vicki Hartzler, a Republican and current U.S. representative, told ABC 17 News that the inquiry is a "sham" after speaking at a conference on Friday.