When the roads are wet from rain, drivers are encouraged to exercise extra caution.

We previously reported that Mid-Missouri drivers have been involved in almost 30,000 rain-related car crashes in the past three years, according to records maintained by the Missouri State Highway Patrol.

Tonya Brimer was driving through Columbia on Saturday and said she is concerned by other drivers when it’s raining. “I think people might not give it the extra concern that it’s due just because it’s wet and it’s not snow but it can be just as dangerous,” Brimer said.

She said hydroplaning is one of her biggest concerns when it comes to driving in the rain. The Missouri Department of Revenue Driver Guide says hydroplaning can happen at any speed over 35 mph and in a severe rainstorm, tires can lose all contact with the road at 55 mph.

Hydroplaning is more likely with worn-out or under inflated tires, as well. Using cruise control can also increase the risk of hydroplaning on wet roads.

“I always tell my kids who are learning to drive and just new drivers to never to use your cruise when the road is wet,” Brimer said. “Because you don’t have the reaction time that you would need if you started to slide and just to watch out for other people and yourself.”

According to the Missouri State Highway Patrol’s website, it is required by law to have your vehicle’s headlights on when the windshield wipers are in use or when visibility is decreased due to fog or other weather conditions.

Brimer said this is something she also teaches her children.

“We followed someone down here today that had their wipers on but not their lights, that’s something that really important,” Brimer said. 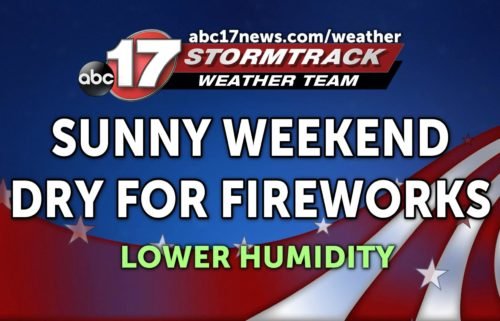