The attorney for the Columbia police officer that hit and killed a child asked the prosecutor on the case to consult a forensic video expert, according to a letter obtained by ABC 17 News.

According to a crash report, Gabriella Curry, 4, was struck on Jan. 4 when Officer Andria Heese, 27, tried to park on the sidewalk so that she could watch students load onto the school buses at Battle High School. Per department protocol, Heese was put on administrative leave.

Heese’s attorney, Donald Weaver, sent a letter on April 22 to Heather Miller, the Camden County prosecutor who was tapped to review the case.

In the letter, Weaver said that he had read documents prepared by a Missouri State Highway Patrol sergeant and thought that some of the sergeant’s conclusions were based on an interpretation of video. Weaver said video compression may cause the speed of the vehicle to appear off.

“Given the gravity of the situation, I am writing to request that you ensure that a qualified expert conducts a forensic frame-by-frame analysis of the video footage used to form an opinion about the speeds involved,” Weaver wrote.

According to Weaver, an inaccurate interpretation of the video due to the digital video’s compression could result in speed estimates that are 10 to 20 miles per hour or more off. Weaver said he had made a similar request to the Missouri State Highway Patrol, whose Major Crash Investigation Unit conducted the investigation.

A CPD spokesman confirmed to ABC 17 News on Friday that Heese is still employed by the police department, but would not confirm if she was still on administrative leave.

Miller would not comment on the situation, saying only it was still under investigation. Weaver did not respond to a request for comment on Friday. 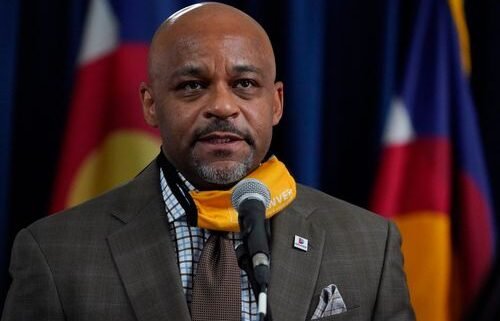