Three buildings could all be implicated by the demolition of a crumbling structure in downtown Jefferson City.

Andy Neidert, the owner of the building at 200 E. High Street, started the application process for a demolition permit in early September. A section of the building, which once housed law offices and apartment buildings, suddenly collapsed in June 2018.

Following the collapse, barriers were put up around the pile of debris next to the building, prompting the city to block sections of Madison Street, nearby sidewalks and parking lots.

“I hope that the building that I own can be no longer a burden to the city, no longer an eyesore in downtown Jefferson City,” Neidert said.

Although Neidert said he would demolish the whole building shortly after the collapse, the structure has slowly been falling apart for more than 15 months.

The building, which is more than 100 years old, shares a wall with its neighbor at 202 E. High St., which is attached to the building at 204 E. High St. A lawsuit was filed over the ownership of the shared wall between the 200 and 202 properties, and a judge ruled in favor of Neidert.

The decision referenced an agreement made by property owners in the 1890s.

With ownership of the shared wall in hand, Neidert said he intends to demolish it along with the rest of his building. It’s possible that 202 E. High will be completely destroyed as a result.

Ruben Wieberg, one of the owners of 202, and Neidert have been negotiating a possible sale of the shared wall or all of Neidert’s property. Both said those talks have stalled recently.

When asked about the discussions, both criticized the other party’s previous offers.

“I don’t understand what (Neidert) was after (with his offers), but I know whatever he was after was not going to be a good deal,” Wieberg said.

“(Wieberg is) not willing to bring forth an offer that is even reasonable,” Neidert said.

If ownership of the shared wall, or the entire property to Wieberg, he would reinforce the wall to 202 in an attempt to separate the building from 200 E. High St.

Larry Burkhardt, the building official for Jefferson City , said 204 E. High St. could be implicated if no agreement is made on the shared wall.

If the city were to separate 202 and 204, it would issue a tax lien on the owners of 202 for the cost of the project. Burkhardt could not immediately provide a cost estimate for such an operation.

Neidert said he is currently working on his demolition permit application and will move “expeditiously” to demolish his crumbling structure once the permit has been granted. 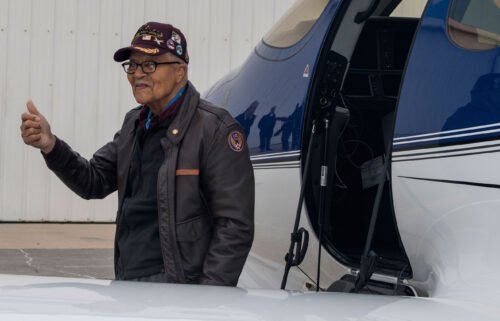