New federal requirements for school lunches aim to add more nutrition to the menu, but often the trash cans are getting fed the best. Students are now required to have at least one fruit or vegetable on their plate, but many kids are throwing the apples and salads in the trash. So, Columbia Public Schools are trying to combat the waste. A spokesperson with the district says the new calorie-restricting mandate is hard to implement. “They just throw away what they don’t want,” says Michelle Baumstark says. “So that’s the challenge — to try to take something that was maybe well-intentioned, but at a practical level maybe isn’t working.” Schools across the nation have had to revamp their menus since August to make school lunches healthier. Laina Fullum, Nutrition Services Director at CPS says, “there are five components that have to be offered: grains/bread, meat/meat-alternate, vegetable, fruit and a milk. And they have to walk away with at least three of those components. It is however, mandatory that they have at least a fruit or vegetable on their tray no matter what.” But students are finding ways around it. For instance, Fullum says, a la carte items, such as a bag of chips, are not held to the same standards as the main course meal in the lunchroom. And at the high school level, students are allowed to leave campus to eat. But the dining options near local high schools tend to be fast food, and there’s no way for school officials to monitor or regulate what students eat off-campus. If the goal is to get students to eat more nutritious food, Hickman Senior Tra Armstrong says it isn’t working. “It’s a waste because you’re forcing kids to get something they don’t want, and they’re going to throw it away.” Still, schools are required to provide the new healthier options, and they’ve been working to change-up their menu to fit students’ taste. “When it comes down to it, you can’t make people eat what they don’t want to eat,” Baumstark says. The Columbia school district is considering wrapping fruits or vegetables, so students could return them after lunch. National reports state that some kids are getting hungry in the afternoon hours because of the new calorie-restricting menu, but CPS says they’re not experiencing those problems here. 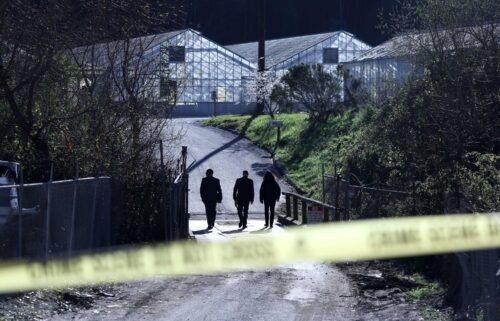