The Federal Reserve knows it needs to demonstrate that it can get inflation under control — and fast.

What’s happening: Pressure on the Fed has increased after the most recent batch of government data showed that annual inflation jumped to 8.6% in May, which was higher than economists had expected.

Investors now believe the Fed will raise interest rates by three-quarters of a percentage point at the conclusion of its policy meeting on Wednesday. That hasn’t happened since 1994.

But interest rates aren’t the only tool at the Fed’s disposal. It’s also beginning the process of shrinking its massive balance sheet after buying up trillions of dollars in financial assets during the Covid-19 pandemic.

“Should the economy remain overheated and inflation remain stubborn, that is part of the policy matrix,” Joseph Brusuelas, chief economist for RSM US, told CNN Business.

He thinks that Fed Chair Jerome Powell should make clear that, if necessary, the Fed could offload bonds at a quicker pace and start selling mortgage-backed securities, which could help ease pressure in the housing market.

So-called “shelter” costs are rising at the fastest rate in decades. That’s concerning, since as a source of inflation, it tends to stick around.

“Filling a tank of gas, people can look at that and say, ‘Maybe next week will be cheaper,'” said Ronald Temple, co-head of multi-asset and head of US equity at Lazard Asset Management. “Rent is a locked in expense for a year or two.”

But ramping up balance sheet reduction — a process known as “quantitative tightening,” or QT — also carries risks. The Fed has never undertaken a drawdown of this scale.

After gobbling up government bonds and mortgage securities during the Great Recession, the Fed started paring its balance sheet — which then contained just $4.5 trillion in assets — in late 2017. It halted the process in 2019 as markets panicked.

This time may be different.

“Last time the Fed tried to do this, there was no inflation,” Temple said.

Still, he thinks the effects of quantitative tightening are likely to reverberate through markets. Stocks, bonds, cryptocurrencies — all rallied dramatically when the Fed was in buying mode. What happens as it changes course?

“I think investors are underestimating the impact of QT,” Temple said. “Central banks manipulated every market.”

So far, even as investors have fretted about what’s next for America’s economy, the job market has remained strong.

US employers added 390,000 jobs in May. That pace of hiring was robust, albeit slower than in April.

But industries vulnerable to rising interest rates and market churn are starting to cut roles. That could portend rockier times ahead.

Crypto exchange Coinbase announced Tuesday that it’s laying off 18% of its employees as the digital currency market crumbles.

CEO Brian Armstrong said in an open letter that the “difficult decision” to lay off about 1,000 employees was made to ensure “we stay healthy during this economic downturn.” The exchange has more than 4,900 employees.

“A recession could lead to another crypto winter, and could last for an extended period,” he warned.

Step back: Coinbase’s market value has imploded in recent months. One year ago, the company was worth almost $50 billion. Now it’s valued at less than $12 billion.

Crypto firms aren’t the only ones facing pressure to control costs. Real estate broker Redfin said Tuesday that it will lay off about 8% of its employees as it grapples with the rapid run-up in mortgage rates.

“Mortgage rates increased faster than at any point in history,” CEO Glenn Kelman told employees. “We could be facing years, not months, of fewer home sales.”

Where did the ‘bear’ in bear market come from?

This week, US stocks fell into a bear market, dropping more than 20% from their most recent peak in early January.

But why is a forest-dwelling mammal associated with scared investors dumping shares on Wall Street?

My colleague Allison Morrow did some digging. She found out that the term derives from “bearskin,” which was used in the 18th century as a metaphor for the kind of speculative trading known today as short-selling, or betting that a stock will go down.

It comes from a proverb warning not to “sell a bear’s skin before one has caught the bear,” according to Merriam-Webster.

Bearskin got shortened to bear, and here we are.

The term caught on after the South Sea Bubble of 1720, and again after the 1929 crash that led to the Great Depression.

Another idea is that a bear attacks by swiping its paws downward on its prey. Downward swipe = stocks go down. Seems as fair a hypothesis as any.

The Fed’s latest policy decision will go live at 2 p.m. ET, followed by a press conference. 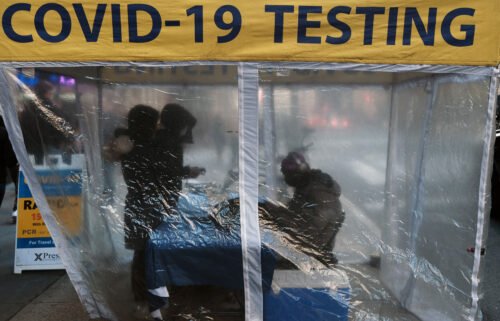 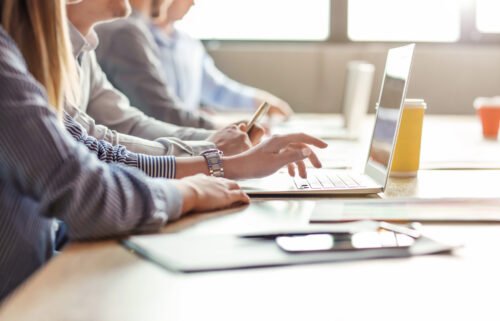