According to a city news release Friday, leaders plan to update the public on the reopening order the week of May 25.

Officials said the next steps could include the following:

The update could ease up on some of the restrictions and give large venues the chance to reopen but one Columbia business owner says it's too late.

"I don't know how many people can survive another month, even with slightly increased capacities," said Jesse Garcia the owner of the Social Room and The Penguin Piano Bar. "I think all of us have a hope that you can make it to the summer but reality is, you know, 90 days of no revenue, you're done, your business is shut down, there's no hope for coming back."

Garcia said he has had to lay off over 70 employees across his businesses. The Penguin Piano Bar remains closed but Garcia has been able to pivot and reopen The Social Room with restrictions.

"We are doing the best we can, we transitioned to be more about food service instead of a nightlife atmosphere and that's sort of working but everyone is terrified to leave their house," Garcia said. "Still - and not to make light of a bad situation I understand that it's a terrible thing, and no one could control it but everyone is afraid to leave their house - they're not going out, even if they were allowed to I don't think that they would and so that just means, what else can we do to generate revenue, should we transition and get out of the restaurant business altogether?"

Garcia said his businesses make most of their revenue from the spring semester which in turn supports them through the summer months, now the entirety of their base is gone for the summer.

Department Director Stephanie Browning announced a COVID-19 reopening order on April 30 to go into effect May 4. The order was more strict than the statewide reopening order which took effect the same day. The county order included a ban on the operation of movie theaters, bars and other large venues.

"I'm glad that we're able to get back in it and I know everyone was just doing the best they could with the information they had to do their job, I hope that it works for everybody," Garcia said. 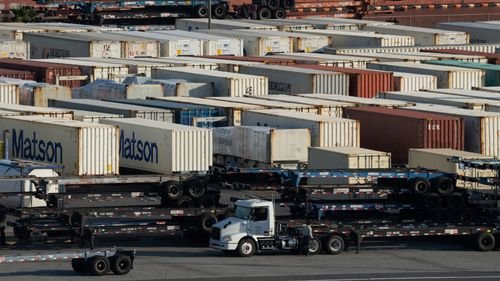