As of Tuesday, December 14, some travelers going to Las Vegas may notice a change in their itineraries.

The Clark County Board of Commissioners voted in February in favor of renaming McCarran after Harry Reid, the powerful Democrat who served Nevada in the US Senate for decades, including a stint as majority leader during the Obama administration from 2007 to 2015.

“It is with humility that I express my appreciation for the recognition today,” Reid said in a statement published by CNN affiliate KSNV.

“I would like to express my deep gratitude to Commissioner (Tick) Segerblom, the entire Clark County Commission, and the many others who have played a part in this renaming.”

According to US Senate history records, Reid was the sixth-longest-serving leader in the Senate of either party, with a total of 12 years.

The airport is currently named for a different US senator. The late Pat McCarran served in Congress from 1933 to 1954.

“Historians have called McCarran a noted proponent of aviation but also an advocate of xenophobic and anti-Semitic policies during his career, leading several of Nevada’s political leaders to call for changing the name of the airport,” KSNV reported.

The news comes as Las Vegas continues to deal the devastating economic effects of the Covid-19 pandemic.

Its job market has been the hardest-hit among large US metro areas. Vegas is dependent upon leisure travel, business conferences and large gatherings, but it has seen those revenue streams dry up.

That has hit passenger traffic at the airport hard. Some 22.2 million travelers passed through its gates in 2020, meaning that passenger volume at LAS fell 56.9% compared with 2019, according to the Clark County Department of Aviation.

A small ceremony is scheduled to be held at the airport Tuesday to make the new name official. 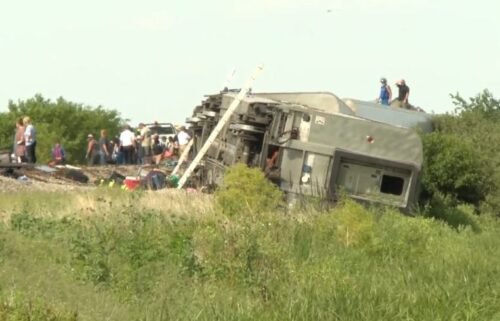