Struggling for a last-minute holiday season gift idea for the person who has everything except their own ancient castle in France?

OK, not quite the whole castle, but a part-share of Château de Vibrac, a crumbling fortress in the country’s western Grand Cognac Region that was once home to medieval French nobility.

For the third year in a row, heritage preservation start-up Dartagnans.fr and nonprofit restoration association Adopte un chateau are organizing a collective purchase of an atmospheric French castle.

Each contributor gets lifetime access to the château, a plot of the garden bearing their name and the opportunity to help dictate the future of this slice of French history.

The hope is to rebuild Vibrac to its former glory, showcasing the castle’s potential through events and community get-togethers. There are also plans to grow organic produce in its fertile grounds.

Eventually, the team hopes there will also be eco-friendly cabins dotted around the 12 acres of grounds for guests to enjoy.

The castle joins two other crowd-owned French châteaus situated in western France. Ebaupinay, in the Deux-Sevres region was purchased by Dartagnans and the Adopte un château team in 2018. The moat-lined, 13th century Mothe-Chandeniers, was the first to be acquired in 2017.

Dartagnans founder Romain Delaume tells CNN Travel that his organization considers a building’s tourism potential when choosing which castle to try to acquire.

Vibrac appeared on the radar a couple of months ago.

“This castle is like a tiny golden nugget that has been abandoned for more than 100 years,” Delaume says.

The region of Cognac, famous for its brandy, was also a draw, Delaume says:

“We are in a very dynamic area, the place is just awesome.”

Meanwhile, there’s been significant progress on the restoration of Ebaupinay and Mothe-Chandeniers, with both recently opening their doors to the public.

So far, 600,000 euros has been injected into the Mothe-Chandeniers restoration project, which has now welcomed 15,000 visitors, according to Delaume.

“We hired our first employees for the castle, to welcome the tourists and sell the goods there. So this is a great first season,” he said.

Meanwhile, Ebaupinay had a brief first opening this past summer, catering to roughly 5,000 tourists. Plans are still afoot at to create an immersive experience at the castle, offering insight into life in the Middle Ages.

The priority at Vibrac is to tame the vegetation that is starting to engulf the structure before excavation can begin.

Located on an archipelago of three islands on the Charente river, Vibrac started life as ninth century fortress. Some of what’s left of the current building dates back to the 14th and 15th centuries.

The wealthy Mareuil family owned the castle for some 150 years during the Renaissance, adding bridges and extending the turreted building.

The castle changed hands several times, and fell victim to damage from natural forces and sieges.

The restoration project, says the Dartagans team, will be done with a careful regard to the often beautiful ways in which nature has reclaimed the ruins.

In fitting with the green theme, there are also plans for on-site renewable energy plants to ensure the castle and grounds are self-sufficient. The eco-lodges planned for the castle’s grounds will be built with low-impact materials.

Also in the works is an international architecture competition to decide upon the old-meets-new design of the restored castle. .

“What we would like to do is restore the castle with traditional methods and also with new methods, and try to make the castle of the 21st century,” says Delaume. 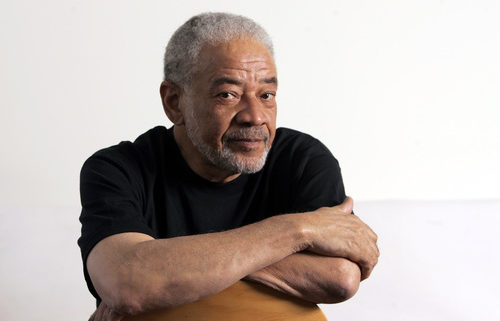