CHICAGO (WBBM) — Once in doubt, some 13-year-old football players from Chicago’s south side are headed to Florida, to compete for a national championship. They needed $30,000 to make the trip and they were running out of time to raise the money.

CBS 2’s Jim Williams covered the story this past weekend and now reports the community has rallied around the kids.

“I’m thankful to everybody that donated to us.”

“I’m really grateful, especially because of the holidays. So a lot of people are spending a lot of money for their families so for them to donate to us it shows that they really care about us,” Anderson said.

As we told you this past weekend, their team was on the street at 87th and Dan Ryan asking drivers for money so they could play for a national championship in Florida.

“At first I thought we would be a little short,” Gibson said.

The coach set up a GoFundMe page and their early tally was grim.

At the start of the weekend, there was only $2,000 in the GoFundMe account and the trip was very much in doubt. But by Monday, it was clear they were on their way to Florida.

Businessman Early Walker called friends in the business community and they came through, so did our viewers. Impressed with Coach Ernest Radcliffe’s track record — coaching and mentoring 400 boys at any given time.

“I’m always on the frontlines as it relates to the violence in Chicago, and umm so I couldn’t help but think these kids are out here doing something positive. We’re looking for ways to better Chicago,” said Walker.

“I’m very ecstatic especially considering I was preparing mentally for like coming up short,” said Anderson. “It feels really good to that weight lifted off my shoulders to be able to say confidently will make it the nationals this year.”

The players and the coaches are grateful.

“That is a tremendous honor and the city of Chicago just put their arms around us and really rallied to help all of our young people,” Radcliffe said.

Now it’s on to Florida.

Coach Radcliffe tells us they’ll use the extra money to take their older players on college tours, support the girl’s cheer teams they coach, expand their baseball program, and perhaps start a drumline. 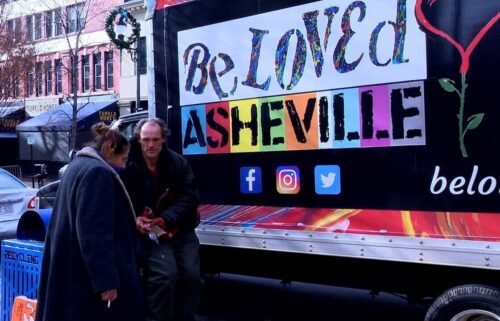