A Mid-Missouri county reported its second COVID-19 death in less than a week Wednesday.

Saline County updated its case numbers to show a sixth death from the disease caused by novel coronavirus. The county, which has more deaths than any other in Mid-Missouri, recorded its fifth death Thursday.

The new positives bring Cole County’s total to 164 since the pandemic began. Recoveries offset some of the increase, bringing active cases up four to 55.

The Cole County Health Department reports about 1.5 percent of the 9,785 tests administered to county residents have been positive.

Howard County, with only 11 cases to start the day, reported five new cases Wednesday. The county now has 16 cases with 11 of them active.

Kroger, which owns Gerbes, announced the decision in a news release Wednesday. Walmart also announced Wednesday that it would require masks in its stores and its Sam's Club locations.

"As an employer, grocery provider and community partner, we have a responsibility to help keep our associates, customers and communities safe," Kroger said in the release.

The company encouraged those who cannot wear masks because of medical reasons to consider using face shields or other face coverings. Small children are exempt from the rule, Kroger said.

Gerbes stores can be found in Columbia, Jefferson City, Eldon and Camdenton. Customers in Columbia were already required to wear masks under a new city ordinance.

Kansas' governor says she will delay the reopening of the state's K-12 schools for nearly a month until after Labor Day because of a resurgence in reported coronavirus cases.

Democratic Gov. Laura Kelly's announcement is all but certain to generate criticism from the Republican-controlled Legislature, The Associated Press reported. Kelly announced her plans only hours after the State Board of Education approved roughly 1,100 pages of reopening guidelines for local boards of education.

Kelly said she will issue an executive order Monday to delay reopening of schools until Sept. 9. The state health department reported that Kansas has had 20,933 cases. That's up 865 or 4.4 percent in two days.

UPDATE 4:45 P.M.: Boone County recorded its biggest COVID-19 case increase of the week Wednesday to reach 800 since the pandemic began.

The Columbia/Boone County Department of Public Health and Human Services said it took only five days for the county's case numbers to go from 701 to 800.

It took 55 days for the county to reach its first 100 cases.

Cases went up by 26 on Wednesday after adjustments were made to totals Sunday and Monday. The increase was the biggest since Sunday, which now stands at a 30-case increase.

Despite the increase, the number of active cases declined by one to reach 316. Another 553 people were in quarantine in Boone County because they've had contact with positive cases.

The five-day rolling average of new daily cases in Boone County dropped to 26 Wednesday from 27 on Tuesday.

Boone County hospitals reported Wednesday that they are treating 25 COVID-19 patients, a number that has increased from single digits just a few weeks ago. Nine of those patients are in ICUs and two are on ventilators.

The Missouri Hospital Association released its weekly report on the central region of the state Wednesday, saying area hospitals had 21 percent capacity available along with 40 percent of ICU capacity as of Saturday.

A mask ordinance went into effect Friday in Columbia and Boone County health leaders last week extended the current phase of reopening because of the sharp increase in cases.

UPDATE 3:10 P.M.: Missouri came short of its record for daily COVID-19 cases Wednesday but was not far from it.

The state recorded 888 new cases to reach 29,714 since the pandemic began. Missouri set a new record for daily cases on Tuesday with 936, meaning Wednesday's jump was within 50 of the record.

The large gains Tuesday and Wednesday this week followed a temporary dip in new cases -- fewer than 500 cases were reported each day Saturday, Sunday and Monday.

The state's five-highest single-day increases have all come in the last eight days.

Officials say many of the newly infected are young people who are at less risk of the most serious complications from novel coronavirus, including death. However, they cautioned Tuesday that those infected young people can spread the virus to more vulnerable people.

Hospitalizations have been on an upward trajectory for all of July, according to data posted on the state's online COVID-19 dashboard. The number of Missourians hospitalized with COVID-19 reached 955 on Friday, about 30 fewer than the peak on May 5.

The number fell to 811 on Saturday, the most recent day for which data is available.

The central region of the state reported 21 percent capacity available along with 40 percent of ICU capacity as of Saturday.

The positive rate for the reach had fallen to 1.4 percent for the week ending Saturday, according to data published by the Missouri Hospital Association.

Nearly 518,000 Missourians have been tested for live coronavirus and 5.5 percent of them have tested positive, the state reported.

Cases have increased in local counties along with the statewide surge over the past several weeks. Four Mid-Missouri counties -- Cooper, Randolph, Macon and Howard -- are listed on the state dashboard among the 10 counties were cases are growing the most.

The state reported 10 new deaths Wednesday. A few deaths have been reported in Mid-Missouri this week. Boone, Saline and Moniteau counties have reach reported deaths in recent days.

UPDATE 10:50 A.M.: Walmart has become the latest major retailer to require customers to wear face coverings at all of its namesake and Sam's Club stores.

The nation's largest retailer said the policy will go into effect on Monday to give the company time to inform stores and customers, the Associated Press reported. The Bentonville, Arkansas-based company said that currently about 65 percent of its more than 5,000 stores and clubs are located in areas where there is already some form of government mandate on face coverings. That includes stores in Columbia, where an ordinance requiring face coverings went into effect last week.

The retailer also said it will create the role of health ambassador at its Walmart stores and will station them near the entrance to remind customers without masks of its new requirement.

ORIGINAL: The Jefferson City School District is expected to release its plan for the return to classes in the fall Wednesday.

JC Schools has been working on the plan after sending out a survey to parents and staff. The survey showed going back to in-person learning was the top choice for most of the 3,500 parents and nearly 800 staff.

The district's plan is expected to be released sometime Wednesday morning. 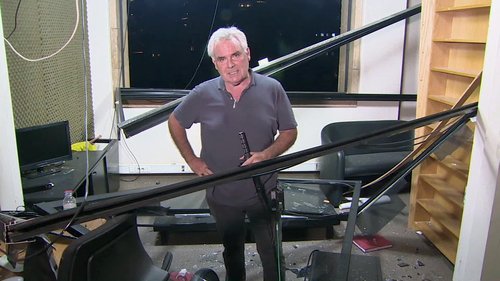