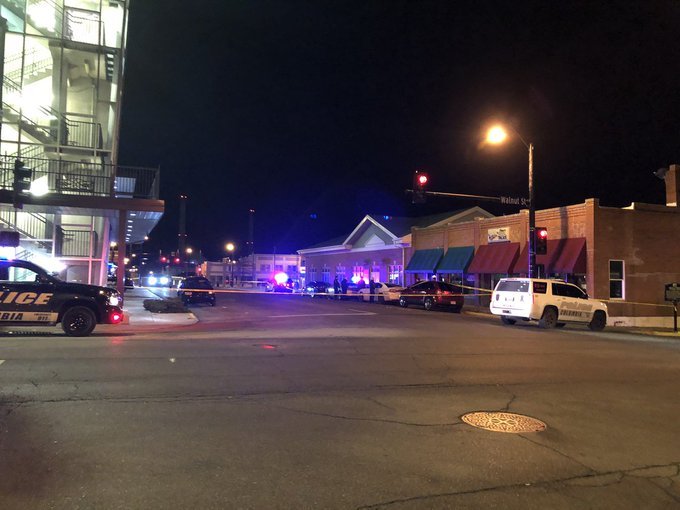 The Columbia Police Department responded Monday to allegations of maltreatment made by the management of a Columbia nightclub after a deadly shooting.

Curtis Lewis, 36, faces several charges including voluntary manslaughter in the case. He allegedly told officers he was punched directly before the shooting.

Police say Lewis admitted to the shooting and handed officers his gun within 27 seconds of the shooting. Sinclair said officers learned about the woman who had been shot seconds after officers arrived at the nightclub.

Multiple officers were in the area directly before the deadly incident, police say. In the community briefing, Sinclair says seven police vehicles were on Fifth Street within a minute of the shooting. He said three officers got out of their vehicles and ran to Vibez after hearing gunshots.

Vibez posted on its website on Feb. 6 that officers were unprofessional and aggressive after the shooting. According to the post, Vibez staff members were treating Kitchen and police told them to stop. The post says police treated Kitchen "like he was already gone." The post alleged CPD did not give Kitchen immediate medical attention and left him on the street outside the nightclub.

Vibez staff claimed officers threatened to arrest workers if they didn't leave during a search of the club and claimed police did not present a search warrant. Sinclair in the video acknowledged police made people leave the club, which he said is standard practice. Police had a warrant, Sinclair said.

The Vibez post claims staff discovered the next morning that CPD had wrecked the nightclub.

According to the community briefing from CPD, officers did not damage any property but had to force their way into a bathroom. Sinclair said officers had moved some furniture that had not been put back.

CPD said investigators took several items from the nightclub during the search. Sinclair said the prosecuting attorney allowed officers on Feb. 5 to release evidence taken the night of the shooting. The items were picked up on Feb. 7, Sinclair said.

A Vibez spokesman told ABC 17 News that the business had no comment on the CPD video.