Florida residents said they are prepared for Hurricane Ian as it makes landfall.

"I feel like we're just acting like it's kind of a normal like day, and like a big sleepover," said Apopka, Fla. resident Crystal Bernal. "We have some people staying with us because like some places are more dangerous to stay in than others."

Bernal said her sister is staying with her in their family home during the storm.

Bernal said her sister lives near the coast and is concerned about the house she had to leave, "because her house is a little smaller than ours but other than that like she's just hoping for the best."

"The wind is definitely starting to pick up here, it's basically, the water's getting choppy, this is just, it's really calm right now," Matthews said. "If we had this interview two days from now, it'd be a completely different story."

"I don't really like the storm," said Matthews eight-year-old niece, Kylie. "My friend from school, she's kind of worried about it, but I told her it's probably not gonna be that bad, but it's her first hurricane."

"We just roll with it, because we aren't really scared of a hurricane here at all." Matthews said the worst part about a storm is that residents buy all available water at stores.

Bernal said the storm has intensified in her area over the past few hours.

"It's picking up a little bit. It's like getting a little windy," Bernal said. "My dad had to bring the generator in. He was like getting it ready just in case."

Kylie said, "I hope everyone in Jacksonville and Florida are safe and have plenty of water."

Hurricane Ian has been downgraded from a category 4 to a category 2 hurricane at 7 p.m. on Wednesday. 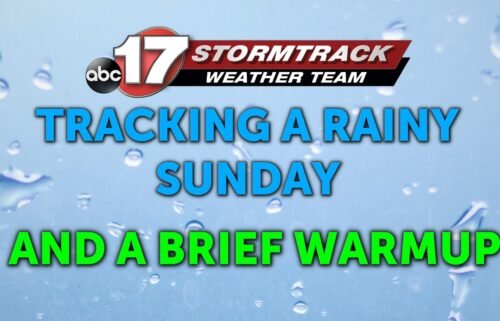