Here are the scores from Week 6 of area high school football.

10:09 p.m.: Hickman gets an extra point, courtesy of the kicker Hannah Larson.

Hannah Larson knocks in the extra point for Hickman! #SZFF

8:25 p.m.: Another winner of the crown! Ellie Coppock is named Eldon’s homecoming queen.

8:05 p.m.: Many area football games are entering halftime. Eldon is winning in its game with California 36-16 at the half. Helias is leading Tolton 35-0.

It has been offense and trick plays galore here in Ashland. Southern Boone leads Osage 21-7 in the first quarter. #SZFF

Quick touchdown from Eldon and the Mustangs lead 8-0.

Hickman soccer star Hannah Larson will be the kicker tonight for the Kewpies. #SZFF pic.twitter.com/Pwkozk7XNy

7:00 p.m.: Games are beginning to kick off across the region.

California and Eldon getting ready for kickoff. Catch the highlights at 10 on KMIZ! #SZFF pic.twitter.com/BtrgJWLp2P

Week six of SportsZone Football Friday is here! It is senior night at Southern Boone as the Eagles face the Osage Indians at 7:00. #SZFF pic.twitter.com/rVTpw9XEG2 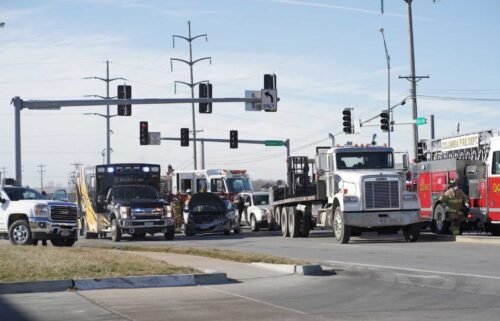