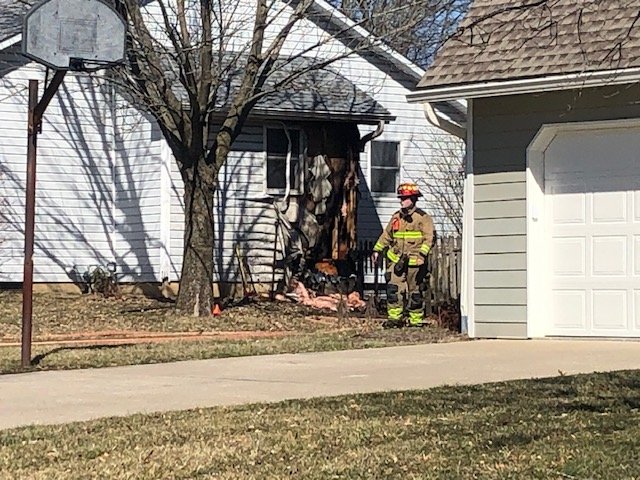 Fire crews said no one was hurt after an outside section of a Columbia home caught fire Saturday afternoon.

Columbia Fire Division Chief John Metz said that firefighters responded to the fire in the 300 block of Chatham Drive around 12:50 p.m.

Crews arrived to find flames climbing up the side of the home. Smoke filled the home, Metz told ABC 17 News, however, all the damage was restricted to the exterior.

The home was empty at the time and no one was reported injured, Metz said.

The exact cause of the fire is under investigation. A fire marshal said that the fire was accidental, possibly electrical in nature.