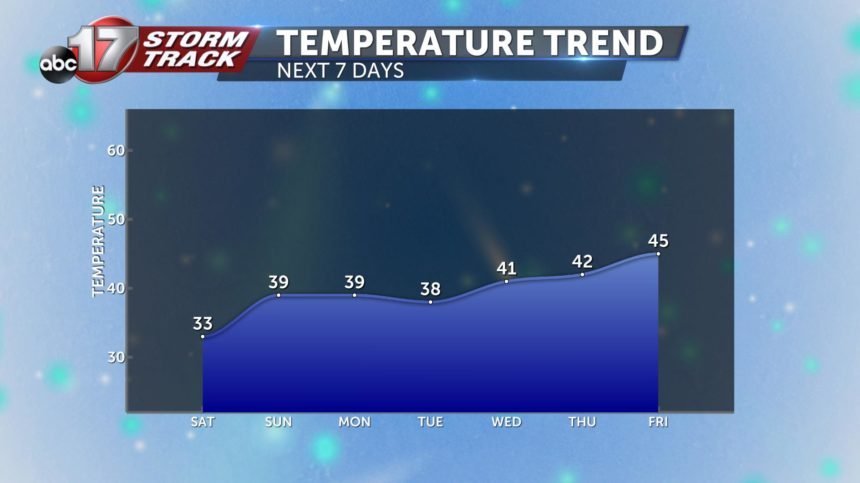 SATURDAY: We will start the day with some patchy fog over the viewing area especially in low lying areas. Around lunchtime, we will start to see that lift and we will remain partly cloudy for the rest of the day. Make sure you enjoy the sun today because it is headed out for a while after that! The high today will stick in the lower 30's.

EXTENDED: We will have some relentless cloud cover that moves in at the end of the weekend that sticks around for a long time. We will have a warm front push through the area on Sunday which will bring some warmer temperatures and not much in the way of precipitation. We will remain cloudy but dry through Tuesday and then Tuesday night there is a slight chance to get some light snow. However, the system that it is associated with is pretty weak, so it likely won't be impactful to any commute. We continue warming in the low 40's throughout the week and warm up to the mid 40's by Friday. A warming trend looks to continue through next weekend which could mean some warmer conditions of Super Bowl Sunday!