The Los Angeles City Council on Tuesday unanimously approved a measure to develop an unarmed model of crisis response that would replace police officers with community-based responders for nonviolent calls.

“This is the dawn of a new era of public safety in Los Angeles,” City Councilmember Herb Wesson Jr. tweeted Tuesday.

The model will be developed by the Chief Legislative Analyst (CLA) and the City Administrative Officer (CAO), with assistance from the Los Angeles Police Department and the city’s Housing Services Authority, officials said.

The Los Angeles County Department of Mental Health and other relevant government service providers will also be involved in the development and implementation of the model.

The measure directs the CLA to analyze and report back on programs utilized domestically and internationally, as well as other models of crisis intervention. It cited CAHOOTS, a community policing partnership that has been in place in Eugene, Oregon, as an example of a program to examine.

“The bottom line is that the way things have been going is not working for our communities,” Wesson, who authored the motion with Council President Nury Martinez, wrote on Twitter.

“This last month has made that crystal clear. We have a responsibility to listen to our people, and our people have spoken. I look forward to continuing this work alongside @BLMLA,” Wesson wrote, referring to Black Lives Matter-LA.

The vote comes after activists in Los Angeles — led by the city’s Black Lives Matter chapter — for weeks repeated the same call to action voiced by many nationwide following the May death of George Floyd: Defund the police.

The move to replace some police with trained crisis responders is one component of the movement. Supporters of defunding police — either abolishing police entirely or shrinking their departments’ budgets and reinvesting those funds in education or housing — believe that unarmed workers trained to deescalate violence could better serve some community members.

Floyd, a 46-year-old Black man, died in late May after pleading for help as a Minneapolis police officer used his knee on Floyd’s neck to pin him to the ground for more than eight minutes.

Video of the incident surfaced and quickly sparked a global movement to demand justice and end police brutality in solidarity with Black Lives Matter, with protests nationwide including in LA.

On June 15, activists presented a nine-page report called the People’s Budget LA — accompanied by a slideshow and two-hour presentation — in person to city officials.

One day later, Wesson echoed Abdullah’s words in his own statement announcing he would introduce a motion to replace LAPD officers “with unarmed, non-law enforcement agencies who will be responsible for responding to non-violent calls for service.”

“We need to reimagine public safety in the 21st century,” Wesson said on June 16. “One which reduces the need for armed police presence, especially when the situation does not necessarily require it.”

Wesson, who was the first Black president of the Los Angeles City Council, said police have gone from part of the solution to part of the problem and “may not be best equipped” to respond to non-emergency situations.

The Los Angeles Police Protective League, a union that represents nearly 10,000 sworn personnel, told CNN when the motion was proposed that the move to replace some officers could improve outcomes between police and the communities they serve.

“We agree with Councilmember Wesson that not every call our city leaders have asked us to respond to should be a police response,” Tom Saggau, a spokesman for the Los Angeles Police Protective League (LAPPL), told CNN in a statement on June 16.

“We are more than willing to talk about how, or if, we respond to non-criminal and non-emergency calls so we can free up time to respond quickly to 911 calls, crack down on violent and property crime, and expand our community policing efforts.”

Tuesday, Mayor Eric Garcetti — who has been criticized by LA activists amid the movement to defund police — praised the city council’s plan.

“We must act to reform public safety in our communities — and today, we took an important step forward,” he tweeted.

Nationwide calls to ‘defund the police’

Over the past few months, “defund the police” has become a rallying cry among activists across the US.

The movement calls for investing a sizable chunk of a city’s budget — normally designated for funding police departments — to communities, especially marginalized ones where much of the policing occurs.

The concept’s been a murmur for years, particularly following the protests against police brutality in Ferguson, Missouri, though it seemed improbable in 2014.

Now, local officials have begun listening to activist demands — and change, at least in some areas of the country, seems more probable.

“The world is speaking right now,” Abdullah said while addressing City Council members in mid-June. “They’re saying we don’t want a system of policing that puts targets on the backs of Black people especially, but also is a regular assailant and traumatizer of our entire community.”

Last week, members of the city council in Minneapolis — where Floyd was killed — moved to dismantle its police force and replace it with a department of community safety and violence prevention.

“This is one action of many that we need to take on the road to a more equitable and just system that keeps people safe,” council member Jeremiah Ellison said.

“Unfortunately, there is racism in our communities and that means across our country there are some racist police officers,” the unions said in a joint statement. “Police unions must root out racism wherever it rears its ugly head and root out any racist individual from our profession.”

In Los Angeles, Wesson acknowledged the new plan “won’t solve all our problems right away.”

“But this move marks a sea change in our city’s approach to public safety and I’m optimistic cities and counties across the nation will follow our lead,” he tweeted. 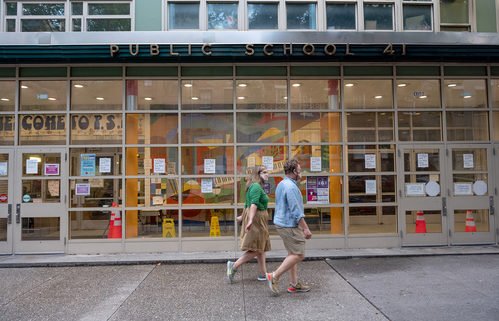