Just four days ago, David Lat was tweeting about his coronavirus symptoms and the difficulty he had getting diagnosed.

The lawyer and founder of the blog “Above the Law” was diagnosed with coronavirus after two visits to the emergency room, according to his tweets.

By Saturday evening, he was on a ventilator and in a “very serious” condition, his husband, Zachary Baron Shemtob, told CNN on Monday.

“He’s still on the ventilator, he’s still mostly sedated,” though he occasionally wakes up and is able to write down questions, Shemtob said.

“One of the hardest parts here is we can’t visit him. It’s really tough.”

Shemtob had earlier told The New York Law Journal that doctors and other health care workers at New York University Langone Hospital “are really attending to him. They’re taking it hour by hour, day by day.”

“I just want people to know how serious this can be,” Shemtob told the journal.

From his hospital bed last week, Lat posted about the onset of his illness and how difficult it was for him to get a test for the virus initially.

Lat tweeted that he was generally a healthy person and had run the New York Marathon twice, although he suffers from exercise-induced asthma that he manages with the help of an inhaler.

The onset of the virus hit Lat with a fever and body aches. He thought he had gotten over it, but developed a painful cough days later, he tweeted.

He said he called his internist on March 13 and was told by a physician’s assistant that he may have come down with a flu that had turned into bronchitis. He was prescribed Z-Pak antibiotics and cough syrup to treat it, according to a tweet. But that didn’t work.

“I got worse over the weekend, my coughing having progressed to the point where it was making it hard for me to breathe.”

The first time he went to NYU Langone, Lat tweeted, they sent him home after he came back negative for a bacterial and flu panel that did not include coronavirus testing. Although he requested a test, he was denied based on the protocols established by health care officials for who should be tested and limited availability of the test, he said in a series of tweets.

Those established protocols require a bacterial and flu panel, and other conditions, including whether a person had traveled to any of the affected areas or come into contact with anyone who had tested positive.

On his second visit to the hospital, he was given oxygen, put in isolation and tested for the virus, he tweeted.

In response to questions about Lat’s case, hospital spokesperson Deborah Haffeman said in a statement to CNN, “What we can tell you is that we have confirmed cases at all three of our hospital sites (Manhattan, Brooklyn and Long Island). But we are not publicly reporting out the number of cases. We do provide these figures to all State and City regulatory agencies.”

With regard to testing for coronavirus, the hospital, “is following guidelines specified by the CDC and also the State and City DOH. That is all we can offer at this time,” Haffeman added.

In another tweet, Lat said he knows that people can have different reaction to the coronavirus.

“But for those who get severe cases, like me, it’s been hell. I’ve had 10 days & counting, with no real improvement, of fever, fatigue, joint aches, chills, cough, respiratory difficulty,” Lat said. “I have never been this sick in my entire life.” 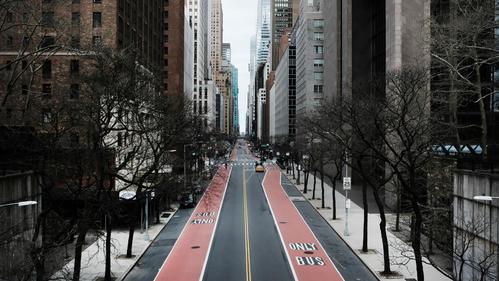