Even before any retaliation from Iran against the US for its killing of top general Qasem Soleimani, the backlash from the Trump administration’s Middle East policy is clear, present and dangerous.

You can trace this new era of instability and the possibility of a new Middle East war to President Donald Trump’s demand for a better nuclear deal with Iran, one that sought to curb its regional power, and severe sanctions to speed up regime change.

Since he pulled the US out of the Joint Comprehensive Plan of Action (JCPOA) nuclear deal in May 2018, Iran’s stance as a regional player has been unchanged — Bashar al-Assad’s victory in the Syrian war is an example of that.

And in response to Soleimani’s death on Friday morning, Tehran has taken major steps back from the 2015 nuclear deal, which at least curbed its uranium enrichment and nuclear ambitions.

As for regime change, the mass public turnout in Iran and around the region to mourn Soleimani should not be underestimated. Even those in his own country who had no love for him — or their Islamic Republic — are now bound again by patriotism and nationalist fervor.

Unlike America’s allies, Saudi Arabia and other Gulf countries, Iran has been the standout Muslim nation in the Middle East where ordinary people were pro-western and pro-American. Not today.

On Sunday, Iraq’s Parliament took steps to remove US troops. If this actually happens, Iran’s massive influence over Iraq, and thus the region, will grow unhindered by any American presence. It’s an influence that dates back 17 years to the 2003 US war against Iraq that finally defeated Iran’s arch enemy Saddam Hussein.

Trump’s threat to impose sanctions on Iraq, an ally, if it does expel US and other international troops, would devastate 17 years of American effort, blood and money all designed to help the country become a stable democracy able to defend itself. It would also cause Baghdad to lean even more heavily on Iran.

Sources in the region tell me the Trump Administration wants to calm the rising crisis with Iran and Iraq and that it tried unsuccessfully to prevent the parliament’s vote to expel US forces. If the US is flung out of Iraq, it would be revenge by Soleimani delivered from the grave.

The Trump administration, sources say, has sent messages via allies to Tehran that proportionate Iranian reaction to Soleimani’s assassination is expected. Iranian Foreign Minister Javad Zarif says Swiss officials, who represent the US in Iran, have also delivered that message.

Yet at the same time, Trump tweeted about drawing up a 52-target list in Iran, including sites of cultural heritage. This has drawn predictable ire from Iran.

“A reminder to those hallucinating about emulating ISIS war crimes by targeting our cultural heritage: Through MILLENNIA of history, barbarians have come and ravaged our cities, razed our monuments and burnt our libraries. Where are they now? We’re still here, & standing tall,” Zarif tweeted Sunday.

There has also been condemnation from around the world, since destroying national heritage would violate several international treaties and would likely be considered a war crime. And everyone remembers the horrors of the Taliban blowing up ancient Buddhas in Afghanistan just before 9/11, and ISIS’ destruction of the ancient Palmyra castle and other significant historical sites in Syria and Iraq.

Trump’s tweet on Friday morning that “Iran never won a war, but never lost a negotiation!” could also have the unintended consequence of making his supporters believe the US could fight and win a quick war against Iran.

To recap some relevant recent history, Iraq’s Saddam Hussein invaded Iran in 1980, believing he could do just that. Eight years — and a million casualties later — it was ended through a UN-negotiated agreement. Iran had fought a US-backed Iraq to a standstill.

Later, the 1991 Persian Gulf War and most especially the 2003 US war in Iraq resulted in major victories and strategic power gains for Iran in the region.

As for Iran’s proxy wars, it backs Hezbollah in Lebanon, which fought Israel to a draw in 2006. And since 2013 in Syria, Iranian forces along with Russian allies have been winning for Assad in Syria.

So what is the Trump administration’s strategy here? Surely it’s not a conventional war against Iran. Not only has the US “war gamed” this possibility and lost, but could Trump raise a massive coalition for war against Iran as President George H.W. Bush did against Iraq? And didn’t Trump campaign on stopping America’s endless wars, not starting another in that region?

Soleimani was the mastermind of Iran’s revolutionary goals and projection of military power all aimed at keeping the ayatollahs in power at home. It’s too early to know whether eliminating this one, powerful and charismatic character will weaken the regime or end the adventurism.

We have yet to learn about the strength of the evidence that led to Soleimani’s assassination.

The question has never been whether Soleimani was a malign influence, but whether his assassination was a wise or proportionate response. Israel and the US had him in their sights throughout his bloody campaigns, yet never pulled the trigger for fear of what would come next.

In 2008, Trump told CNN’s Wolf Blitzer he thought George W. Bush should have been impeached for lying about the presence of weapons of mass destruction in Iraq.

We are still feeling the blowback from that fatally flawed Iraq war. One can only shudder at the gale force of another one. 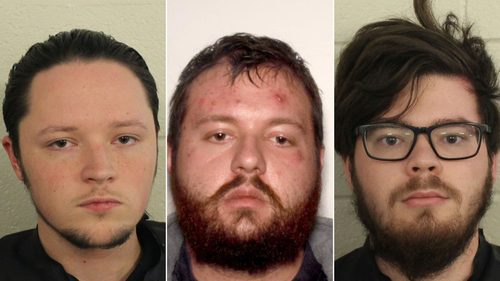