The Chinese yuan strengthened Tuesday to its highest level in more than five months as the United States removed China from its currency manipulator list.

The US Treasury Department on Monday stripped away its designation of China as a currency manipulator, days before US President Donald Trump and senior Chinese officials are expected to sign an initial trade deal.

The Chinese central bank continued to guide the yuan higher on Tuesday. The yuan’s daily reference rate against the US dollar increased to 6.8954, the strongest level since last August.

The yuan rose in Asia on Tuesday.

On the onshore market in Shanghai, the yuan traded at around 6.874 per US dollar, its highest level in more than five months.

In offshore trading, where the yuan moves more freely, one dollar could buy 6.873 yuan, also the strongest since last July.

The yuan has been climbing higher lately as the US-China trade deal moves closer toward becoming a reality. The US decision to lift China’s currency manipulator status is a “most precise and definitive” de-escalation of trade tensions to date, said Stephen Innes, chief Asia market strategist at AxiTrader.

“With the yuan strengthening ahead of the [phase one] deal signing, it’s indicating the potential for further improvement in trade relations,” he wrote.

Separately, government data showed Tuesday that China’s global trade fell 1% in 2019 to $4.6 trillion, as measured by the value in US dollars of the country’s imports and exports.

China’s overall trade with the United States plunged nearly 15% last year, according to the data. But a senior customs official said that China’s imports from the United States rebounded in November and December — especially with the trade of soybeans, pork and cars.

Zou also said that China’s increase of US imports after the signing of the initial trade deal will not affect its trade with other countries.

Stocks around the region were mixed after China’s trade data was released.

Hong Kong’s Hang Seng Index pulled back from early gains and was last down 0.2%. Earlier, it briefly rose above the 29,000 level for the first time since last July. 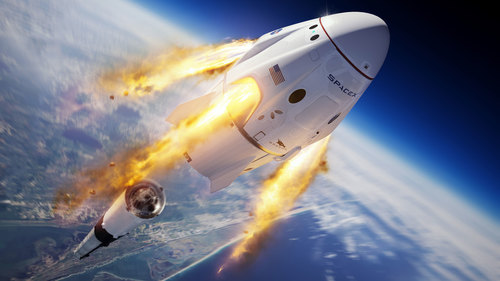