Credibility doesn’t exist on a one-way street. For individuals and institutions who earn credibility, it is not an endlessly renewable resource. For those who lose credibility, it doesn’t have to be gone for good.

I’ve been thinking about this in the context of the Trump admin’s “trust us” attitude toward the Iran crisis. The admin absolutely lacks credibility, a point that’s been made by Jake Tapper, Peter Nicholas, David Leonhardt and many others. But Trump and his aides could be taking concrete steps, every hour every day, to build credibility. There are ways to win it back — one true statement at a time, one piece of evidence at a time. That’s how journalists approach this challenge — careful reporting and clear-cut corrections are ways to gain and regain the trust and confidence of the public.

So what is the Trump admin doing to restore credibility? Not much that I can see. The White House did not hold a press briefing on Wednesday, following Iran’s strikes and Trump’s televised statement. The Pentagon did not hold a televised briefing either. And the admin’s classified briefing for senators was sharply criticized.

VP Mike Pence granted an interview to Norah O’Donnell on the “CBS Evening News,” but other than that, the admin seemed to be in bunker mode, resistant to the type of scrutiny that typically makes government stronger and makes credibility a two-way street…

Daniel Dale’s newest article for CNN.com really says it all. Trump “littered his Wednesday address to the nation with inaccuracies — though he was mostly reading from a teleprompter,” Dale writes in this analysis. He notes that “Trump enjoys the loyalty of millions of devotees who are willing to support his positions even when he reverses those positions from one day to the next, who are willing to take his word even though that word has proven serially unreliable.” But with “the rest of the country, it’s hard for him to have it both ways…”

Flagging recent quotes from both men:

— WaPo editor Marty Baron: “The highest responsibility of the press is to report thoroughly, vigorously and probingly when this country’s leaders take actions that can put the lives of American troops and others at risk.”

— NYT editor Dean Baquet: The press is supposed to “ask hard questions when the government does its most serious business. And nothing is more serious than military intervention.”

— Thank you, Twitter? “For all the sturm und drang about the toxic culture of Twitter, it seems possible that the leaders of both Iran and the US turned to the social media site Tuesday to help ensure that a tense night in the Middle East didn’t escalate,” Garrett Graff wrote… (WIRED)

— Given Fox’s incredible influence with POTUS, I tuned into Wednesday’s “Fox & Friends” to see what the hosts and guests were saying… The show generally took a cautious stance, with lots of praise for Trump and criticism of Dems… (CNN Business)

— “The war has been postponed” and “we are back from the brink,” Tucker Carlson said approvingly on Wednesday night. But, he warned, “we’re still close tonight…” (Mediaite)

— “Trump told people that he had watched Carlson’s show and it had affected his view on the Iran situation,” Rosie Gray and Miriam Elder write… (BuzzFeed News)

Is any extended effort at explaining and garnering support for the US mission. As the NYT’s main Thursday morning story by Peter Baker notes, “Mr. Trump’s 10-minute televised statement on Wednesday morning was his most extended effort to explain last week’s drone strike on General Suleimani. Aside from a four-minute statement on Friday morning, he has stuck to Twitter blasts, comments to reporters and a call into Rush Limbaugh’s radio show without making an official speech outlining his thinking.”

Up next: Trump on Ingraham

Fox’s Laura Ingraham has two big interviews in two days. On Thursday, “Ingraham will sit down with Secretary of State Mike Pompeo,” the network said in a press release. Then on Friday “‘The Ingraham Angle’ will present an interview with President Donald Trump…”

— Chris Cuomo’s three lessons we must learn to avoid another Iran conflict: “Declaring victory because no Americans died is not proof of strategy… Trump must own what he does… We have to trust our institutions…” (Twitter)

— Channel 4 News international editor Lindsey Hilsum tweeted: “Feels like back to the future in Baghdad. Hearing things that go bang, sometimes thunder, sometimes rockets. Iraqis at the mercy of other people’s proxy wars and their own politicians and armed groups. Just when they had started to rebuild…” (Twitter)

— “Trump seems oblivious to how his words and actions forced Pentagon leaders to constantly scramble to explain away his comments,” Bryan Bender and Jacqueline Feldscher write… (Politico)

— Margaret Sullivan’s newest column: “How much have journalists really learned over the past 17 years,” since the invasion of Iraq? (WaPo) 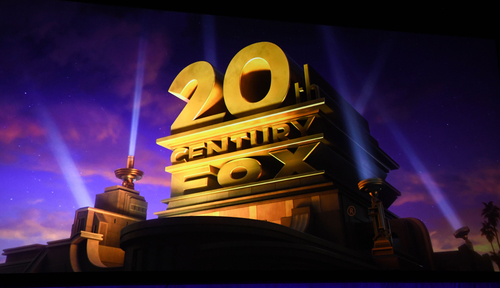