As the pandemic pokes holes in America’s meat supply chain, many people are thinking about eating less meat or even going vegetarian.

That leads to the following questions: What should a newbie eat? How do you get enough nutrients? And importantly — how do you make the food taste good?

Indian, Indonesian, Ethiopian and Nigerian cooks could teach novices a thing or two, since they’ve had meat-free eating down pat for hundreds or even thousands of years.

These four countries, all with robust cooking traditions, are among the Asian and African countries with low rates of meat consumption or high rates of vegetarianism, according to a 2019 agricultural report from the Organisation for Economic Co-operation and Development and the United Nations’ Food and Agriculture Organization.

For many countries, it’s a way of life rather than a lifestyle choice: Some are following religious mandates that respect some animals as sacred or that adhere to principles of nonviolence. Some lack the funds or access to meat.

These cultures have a tradition of making produce, grains and legumes the stars of their meals, all appreciating the varieties of flavors, textures and ingredients that make a good vegetarian dish.

“Vegetables aren’t just an afterthought, side dish or boring salad. It’s the blank canvas that can be paired with different spices and ingredients to make for hundreds of different dishes,” said Priyanka Naik, an Indian vegan celebrity chef and food personality in New York City.

You don’t have to be extreme in your approach, Ethiopian-Swedish chef Marcus Samuelsson told CNN. You can just try to eat less meat at first.

If you’re trying to shift from eating meat and have no clue what to do, these chefs and recipe developers can help.

The country with the most vegetarians

India has the highest rate of people following a vegetarian diet in the world, with about 31% of its population subsisting on a plant-based diet or one that includes dairy and eggs as of 2014. And for those who aren’t strictly vegetarian, regular meat consumption isn’t common.

Many Indians eat a vegetarian diet because of access to ingredients, cost and religious beliefs.

People who live in the countryside only have access to grains, legumes and different fruits and vegetables, Naik said. “Vegetables have always been a focal point of our meals, and the way we prepare vegetables is very, very creative,” she added.

“Hinduism is probably the most prevalent religious belief system in the country,” Naik said.

“Animals are mainly considered religious beings, and there’s an animal representation of almost every type of animal within the Hindu religious belief system.”

There are regional preferences and religious observances that may extend to abstinence from all animal foods. Ayurveda, an alternative medicine practice in India, promotes vegetarian practices as a way to use food for overall health and well-being.

Religion limits when meat can be eaten here

It’s not just economics in Ethiopia, either. Religion influences the consumption of meat and when — and the types of animals permissible to eat.

Ethiopian Orthodox Christians fast from meat and dairy for approximately 250 days per year.

Because of this custom, a lot of Ethiopian food “is vegetarian-based to begin with,” said Samuelsson, a restaurateur of eateries around the world, including Red Rooster in Harlem, New York.

“Meat costs a lot of money,” he said. “A lot of cultures didn’t have a lot of animals but had to survive through greens, through legumes, through other ways. And then you still want it to be delicious, so the cooking techniques evolved from that.”

Meat isn’t the focus in this country

In Nigeria, “meat is used as an ingredient, not as a focus,” said Yewande Komolafe, a Nigerian recipe developer, food stylist and creator of “10 Essential Nigerian Recipes,” a package featured in The New York Times.

The cuisine isn’t articulated as vegetarian, she added. Those who are strictly vegetarian follow that lifestyle because they have the privilege and ability to eat globally imported foods along with their local diet — lessening their reliance on a little bit of meat here and there.

Nigeria doesn’t have a “factory farm system, nor a food system that is dominated by large-scale producers,” Komolafe said. “Farms are small scale, and food is local, in a way that most people in the West may find difficult to relate to.”

Therefore, in other regions, animal products are more of an ingredient in a meal than central to it.

Some Indonesians eat more from their own land

They eat what’s available from the land, and don’t have as much meat as the cities do, which results in a diet higher in produce. Meat is also more expensive, and because the homes in those communities are smaller, there’s minimal refrigeration space for storage.

“It’s not a cool, hip thing in our country,” she said. “It’s more like, is this part of our day-to-day offerings?”

What you should know before you eat less meat

Studies have shown the health benefits of diets lower in animal products and linked them with lower rates of common diseases. But there are a few things to consider before you immediately quit eating meat.

It’s worth checking with your physician and a registered dietitian nutritionist about changing your diet to ensure you’re getting all of your nutrients.

Listen carefully to your body to know what you need, don’t need and what you’re craving or missing, said Salimatu Amabebe, Nigerian founder and director of culinary experience Black Feast and chef-owner of bliss house, a hub for vegan food workshops and activism talks.

When you’re thinking of what foods to include in your diet, try foods with the most nutrients, Amabebe added.

Lessons on flavor and texture

If you’re worried about whether vegetarian food will taste good, think about all of the different spices and ingredients you can use, Naik said.

Coconuts are multipurpose in Indonesia; home cooks there use the flesh, milk, sugar and water, Silitonga said. Cassava leaves or kale add variety in texture. Browning foods, then adding sauce, builds layers of flavor and heartiness.

Marinate other forms of protein so the flavor is infused throughout instead of only on the outside. Depth of flavor is important so “all your senses, all the parts of your mouth, are excited,” Silitonga said.

For varying textures, try different cooking techniques: For sweetness and creaminess, simmer rice in coconut milk instead of water. You can roast, bake, braise, sear, fry and steam.

The importance of variety

Explore the multitudes of spices and produce in your grocery store, Naik suggested. Pick a vegetable weekly and make it the star of a meal. Get creative — saute vegetables with different spices, or add ingredients typically used for dessert to savory dishes, like shredded coconut, for example.

Think of meals you liked before and incorporate a non-meat protein like tofu as a substitute for meat, Silitonga advised. For example, smoked tofu in ramen instead of pork belly. Tempeh, a fermented soybean food with Indonesian origins, can take on any flavor. For added flavor, fried shallots are crispy savory toppings.

You could make desserts with black beans, Amabebe said. Beans and dodo (fried plantains) can be eaten with rice or toast. Mbanga soup, made from red palm nut cream, can be topped with crispy fried tofu instead of meat.

If you’re ready to embark on your vegetarian journey, there are several recipes you can start with.

You could try Naik’s masala chickpea bruschetta or her spicy and savory Indian stuffed French toast.

You could make Samuelsson’s injera — a sour, spongy fermented flatbread made from teff flour. It’s the national dish of Ethiopia and fundamental to the country’s dining experience.

Or prepare Silitonga’s eggplant in basil sambal, and serve it over white rice.

“It doesn’t matter what you’re making. Just focus on the balance of your ingredients, your spices,” Silitonga said. “Then you can make anything delicious, but you need to learn the techniques first.”

That doesn’t mean you need to attend culinary school, Silitonga added. Just learn the basics of cooking different foods and balancing flavors with the help of simple cookbooks or food blogs. Find the foods and dishes that excite you, and you’ll be on the right track. 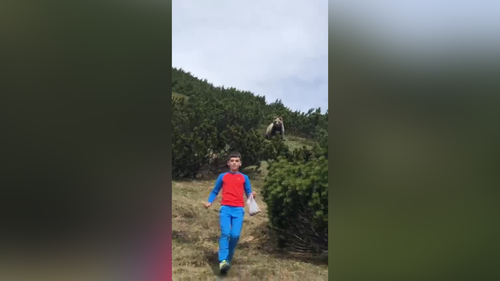 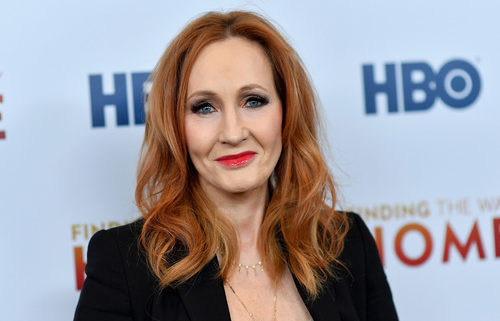